Just announced this morning are the five Nordic films, and their their directors, scriptwriters, and producers, that are nominated for the Nordic Council Film Prize 2015.

Films nominated for the Nordic Council Film Prize “must have deep roots in Nordic culture, be of high artistic quality, distinguish themselves with artistic originality, and combine and elevate film’s myriad elements into a compelling and holistic work of art.”

The winner of the Nordic Council Film Prize 2015 will be announced on Tuesday, 27 October 2015, during the Session of the Nordic Council in Harpa, Reykjavík, Iceland, and the director, scriptwriter, and producer(s) will share the DKK 350.000 prize equally, underlining that film, as an art form, is the result of close collaboration between these three main contributors. 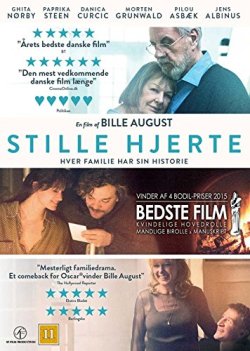 In this warm-hearted story, told in the “typically Nordic tradition of exorcising all skeletons from the closet,” Silent Heart dissects one of the most difficult challenges a family can face: saying goodbye to a loved one. Three generations of a family gather over a weekend. Sisters Sanne and Heidi have accepted their terminally-ill mother’s desire to die before her disease worsens, but as the weekend progresses, the matriarch’s decision becomes harder and harder to deal with, and old conflicts come to the surface.

They Have Escaped (He ovat paenneet) — Finland

A gripping coming of age drama, a thrilling road movie, a drug-induced fantasy, and then some, They Have Escaped tells the story of two isolated teenagers seeking escape from a society that has alienated them. The girl, an attractive extrovert, and the boy, a stuttering introvert, meet in a juvenile detention center, where he becomes infatuated with her and she encourages him to run away with her. After stealing a car, the two go on the run, beginning a journey into drugs, sex, and endless escapes.

The film is directed by J.P. Valkeapää (The Visitor, The Fall), written by Valkeapää and Pilvi Peltola, and produced by Aleksi Bardy (Lapland Odyssey, Heart of a Lion). It is produced by Helsinki-filmi Oy.

They Have Escaped won the Best Film and Best Director Awards at the 2015 Jussi Awards (Finland), and the Sven Nykvist Cinematography Award at the 2015 Göteborg Film Festival (Sweden).

In this moving, humanistic, coming-of-age portrait of a gentle giant, the forty-something Fúsi has yet to find the courage to enter the adult world. He sleepwalks through everyday life, until a bubbly woman and an 8-year-old girl unexpectedly enter his life, forcing him to take a leap beyond his daily routine. Conveying both inner torment and offbeat charm, Virgin Mountain‘s symbolic interaction of items big and small imparts such universal themes as goodness, giving, and grace.

Virgin Mountain won the 2015 Politiken’s Audience Award at CPH PIX (Denmark), and the Best Narrative Feature, Best Screenplay, and Best Actor (Jónsson) Awards at the 2015 Tribeca Film Festival (US), where the film had its North American premiere.

Out of Nature (Mot Naturen) — Norway

This self-reflection on modern life and today’s Nordic man takes film-goers on a journey inside one man’s head and out into the wilds of nature. Martin is alone on a hiking trip in the mountains, and we hear all of his uncensored thoughts and brutally honest observations about himself and the people around him. With thoughts and fantasies ranging from the trivial and infantile, to the existential and profound, the film is a portrait of a young man wanting to break the mold — a personal and forthright narrative that delivers a collage of mental imagery to express memories, hopes, dreams, and emotive atmospheres, done with humor that addresses embarrassment, shame, and pain.

The film is directed and written by Ole Giæver (The Mountain, Sommerhuset), and produced by Maria Ekerhovd (The Disappearing Illusionist, Here Is Harold). It is produced by Mer Film.

Out of Nature won the Label Europa Cinemas Award at the 2015 Berlin International Film Festival (Germany), and the Best Male Actor in a Leading Role Award (Giæver) at the 2015 Kosmorama-Trondheim Internasjonale Filmfestival (Norway). 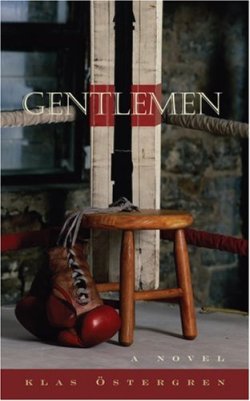 In this adaptation of the novel of the same name, young novelist Klas Östergren is at odds with the world, hidden away in his apartment in Stockholm to tell the story of the people who lived with him and whose fortune changed. One is Henry Morgan, a boxer, jazz pianist, and bon vivant secretly tormented by his love for a mysterious mistress. Another is Leo, Henry’s brother, a political agitator, poet, and drunk who, from the moment he arrives, drags everyone into trouble because of a weapons trafficking deal with a gang of criminals.

The Nordic Council Film Prize promotes the range and diversity of films produced in all of the Nordic countries, enhances the Nordic sense of cultural affinity, develops the Nordic Region as a home market for culture, and boosts the international standing of Nordic film.