The Eagle has landed, again, as criminal inspector Hallgrim Hallgrimsson and the rest of the RSA team tackle four new cases of cross-border crimes in Denmark, in the thrilling second season of The Eagle: A Crime Odyssey.

The Eagle: A Crime Odyssey (Ørnen: En Krimi Odyssé) is one of my favorite Scandi TV series (serial, actually), so I am probably biased in saying that it is a must-see for Euro TV fans. With locations including Denmark, Sweden, Norway, Germany, and France, and intricately-woven storylines that arc from one episode/installment to the next, this show is one to follow from one season to the next.

As with their previous cases, Hallgrim gives the new ones code names based on mythology. The cruel Greek god Cronus, who ruled with deception and chaos, is the namesake of the Season 2 opener, the two-part “Codename: Kronos,” which picks up where the action in the Season 1

Hallgrim checks himself out of hospital three days after a would-be assassin stabbed him, and returns to the room at Hotel Opera in Copenhagen that he calls home. A beautiful woman in the window across the street catches his eye, as does the man who enters her flat and thrashes her about. Hallgrim is still weak and can’t help her, so he records what he sees. The half-Icelandic/half-Danish detective is stunned when he recognizes the assailant as Benjamin Stern (Shanti Roney, Arne Dahl), the half-Israeli/half-Swedish member of the Israeli mafia that he encountered while fighting in Gaza.

According to Marie (who still hasn’t accepted Hallgrim’s marriage proposal), the woman is Henriette Sander, a model, and also Stern’s wife. The flash drive she hid from Stern is found by Ditte and Nazim, and the video on it suggests Stern is involved in internet child pornography. It’s the same video on Swedish human trafficker/pimp Sonata’s computer (from Season 1), and Michael is hellbent on finding the abused girl in it. But porn isn’t really Stern’s thing, and the team figures he’s using the video for extortion. What they discover after temp RSAer Anna (Sonja Richter, The Killing) decrypts a key file is a doozy.

The target is the man who can give Stern the plate to print his own euros. Getting the cloth on which euros are printed is another matter, and Stern proves equally devious in plotting how to get it. But Hallgrim has plans of his own, and Stern aims to get rid of this thorn in his side in Berlin, where Hallgrim happens to meet up with his estranged father. In Copenhagen, Villy drowns his sorrow about wife Elin’s illness in someone else’s arms. 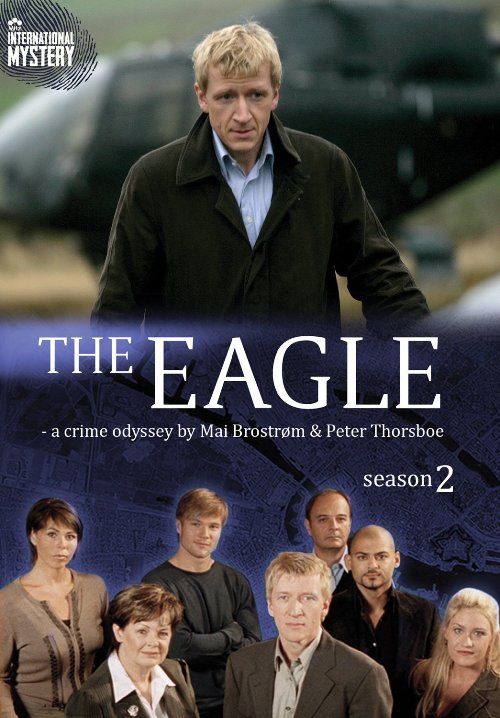 Stern’s storyline continues in “Codename: Erinyes,” named after the Greek deities of vengeance, where the focus shifts to his involvement with blood diamonds. He had provided them to Sonata, and now wants the Congolese Beatrice Nendolo and her daughter dead, since Nendolo’s husband, Kalume, had exposed Stern and his collaboration with the infamous warlord Le Mabé (Trevor Laird, Doctor Who). Kalume is hiding in Stockholm, but his meeting with Hallgrim leads the latter and Villy to realize they’d been deceived.

The Greek warrior who sacrificed his daughter to help win the Trojan War is the namesake of the three-part “Codename: Agamemnon,” and Le Mabé is the central criminal figure. The holidays are a blue Christmas for the RSA team: Ditte’s sad that her kids are off skiing with ex-husband Jens, Villy’s sad that wife Elin is still sick, and Marie’s sad about her break-up with Hallgrim. Hellgrim isn’t sad but inconvenienced, as he must leave the bed of renewed flame Frida (Melinda Kinnaman, Klown) to join the others after Michael figures out their phones are tapped.

Le Mabé, posing as the uncle of Moto, a former child soldier who was saved by a Danish pastor, knows he’s a wanted man in Denmark and Congo, and plots his escape to Haiti. He secretly meets with business tycoon Jens Aagaard (Søren Spanning, Borgen) to do a deal: money for photos. Aagaard can’t afford to be implicated, and sets up a separate deal to get the photos and also see Le Mabé dead, which two Frenchman in Paris want, too.

Already dead are two other men, and it is while en route to the crime scene that Hallgrim has a vision, a fylgja, of former girlfriend Isbjorg. Meanwhile, Michael suspects an intimate of Villy’s of leaking information to Aagaard, who now knows that Moto has the photos. As the teen becomes Aagard’s target for murder, Django, another ruthless general in Congo, becomes Aagaard’s new trading partner.

Lastly, the CIA agent, Johnson, mentioned during the Agamemnon case, shows up in the two-part “Codename: Ceres,” named after the Roman goddess who lost her daughter to the god of the underworld. RSA receives word about a bomb threat to be carried out by the terrorist known as The Dane, and Johnson assists the team with his knowledge of the Muslim convert. But things go horribly wrong when they try to stop the bombing at an Iraqi wedding, and one RSAer’s career is now on the line. With The Dane still at large, Hallgrim and co. must work quickly to figure out the terrorist’s plan and stop it before more innocents become collateral damage. And on the personal front, both Hallgrim and Villy receive unexpected news that will forever change their lives.

is one heckuva riveting crime thriller, with storylines chock full of plot twists, red herrings, and action. It’s quite moving and touching at times, too, such as when Hallgrim interacts with the fylgja of Isbjorg. Props also to Steen Stig Lommer, who is powerful in his subtlety of expressing Villy’s emotions. Eagle-eyed Euro TV fans will also recognize several familiar faces from other Scandi series, including Søren Malling and Birgitte Hjort Sørensen from Borgen, Andy Gatjen from The Inspector and the Sea, Jens Jørn Spottag from The Protectors, Morten Lützhøft from The Bridge, Harriet Andersson from The Sandhamn Murders, and Charlotte Munck from Anna Pihl.

My recommendation: Watch both the first and second seasons of The Eagle. They’re riveting, plus they set up the stories that bring the series to a close in the gripping and final Season 3