A few Euro TV programs are no longer available on US video-on-demand services. However, several titles from Denmark, France, Germany, Italy, Norway, and Sweden have come online, and they are now yours for the streaming.

If you’ve ever wondered why you can stream shows one day and not the next, it’s due to the digital streaming rights’ end dates. While they have come for some Euro TV titles, such as Arne Dahl, start dates have kicked in for others, including the shows below. (All are shown in their original language with English subtitles.) 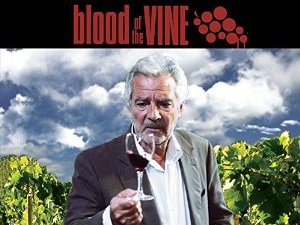 Blood of the Vine: Season 1

(Le Sang de la Vigne)
Complex and intriguing mysteries, gorgeous settings in France’s wine-making regions, and acting that is génial made Blood of the Vine one of my favorite Euro TV shows of 2014.

Based on the “Winemaker Detective Series”

novels, this drama stars Pierre Arditi as Benjamin Lebel, an enologist and amateur sleuth whose knowledge of fine wines and human foibles aids clients with their vineyards and the police with their murder investigations. That he is often a suspect goes with the territory (but not the terroir). (More about the series here.)

The six episodes of this German anthology miniseries are based on the short stories in Crime,

a collection by Ferdinand von Schirach, a defense attorney who used his own cases as source material.

It’s fascinating to watch Fredrich Leonhardt (Josef Bierbichler, The White Ribbon) defend his clients in court, but what makes Crime Stories so enthralling are the backstories of how the crimes came to be committed by the perpetrators, who are more ordinary than one might think.

This 1950s-set Swedish mystery series, adapted from the novels by Maria Lang,

would have made my list of 2014 favorites if it hadn’t debuted in 2013. It’s smart and stylish, and worth checking out if you enjoy classic, Christie-esque whodunits.

Stories center on (what else) crimes of passion and the investigations, official and otherwise, conducted by a quasi love triangle of an amateur sleuth (Tuva Novotny, Eat Pray Love), a dishy detective (Ola Rapace, Wallander), and her husband/his best friend (Linus Wahlgren, Irene Huss). (More about the show here.)

Adapted from the “De Luca Trilogy” of novels by Carlo Lucarelli,

this series’ episodes are set during and after the era of Mussollini’s government. Stories center on Achille De Luca (Alessandro Preziosi, Loose Cannons), an honest cop whose cases in Milan, Ravenna, and Bologna involve Fascists, corruption, and murder.

De Luca is reminiscent of the lone detective in hardboiled fiction, and the setting of war-torn Italy offers an unsettling glimpse into the country’s history, one rarely seen in police dramas. As Mediterranean noir series go, it’s favoloso.

(Ørnen)
One of my 2014 favorites, this Danish crime drama, an International Emmy® winner for Best Drama, is packed with action across Europe, a colorful cast of criminals and do-gooders, and symbolism steeped in mythology. Supernatural elements also lend context for half-Icelandic/half-Danish Hallgrim Hallgrimsson’s (Jens Albinus, Borgen) feeling haunted by his past.

The storylines are intricate, the acting is terrific, and the action is fast-paced. And all combine under the mythological references of the episode titles, Hallgrim’s code names for investigations, which point to the nature of the crimes, criminals, and victims. It’s smart and intense, and well worth a watch. (More about The Eagle: Season 1 here.)

The legendary Alain Delon (Le Samourai) is probably better known for his films than television work, but still. In this crime drama, the César Awards winner stars as Frank Riva, an ex-undercover cop whose past is launched into the present when he’s yanked out of retirement and his self-imposed 25-year exile from Paris to investigate his brother’s murder.

The six-part serial is dark and gritty on multiple layers, where the solving of crimes is blended with the telling of Riva’s complicated history. He’s more loner than lone detective, and Frank Riva is equally a police procedural and character-driven drama.

(Halvbroren)
This eight-part Norwegian serial, adapted from the award-winning novel

The narrative, told through various viewpoints and across multiple time lines that span the decades from VE Day in 1945 to the 1990 Berlin Film Festival, is part family drama, part mystery, and one to watch for its compelling characters and deep, rich story.

Here’s another would-have-been favorite if its debut were last year. (The honor went to its follow-up, Johan Falk: Season 1). It’s a three-film crime thriller based on true stories, an action-packed blast starring Jakob Eklund as the tough, temperamental cop, Johan Falk.

Set mostly in Gothenburg, Sweden, each adrenaline-pumping film is a wild ride of high-intensity chases, violent shoot-outs, and narrow escapes, and a must-watch for fans of this genre. (More about the trilogy here.)

Sebastian Bergman: The Cursed One

On the other side of the Swedish TV spectrum is the Nordic noir drama, Sebastian Bergman, adapted from the crime novel

Starring the charismatic Rolf Lassgård (the first Wallander), this slower-paced, intricately-woven, character-driven two-parter follows the sex-addicted, politically-insensitive (and haunted!) criminal profiler as he and the Stockholm police investigate the murder of a teen boy and what looks to be the work of a serial killer. There’s more besides, but that would be telling. (More about Sebastian Berman here.)

a recent (and utterly compelling) arrival in the US that I covered here.

Euro TV Titles That You Can Now Stream
Tagged on: Blood of the Vine    Crime Stories    Crimes of Passion    Detective De Luca    Frank Riva    Johan Falk    Sebastian Bergman    The Eagle    The Half Brother