Theme songs. The best ones don’t just remind you of favorite shows, but also evoke and leave you with something more than just your playing them over and over in your head. 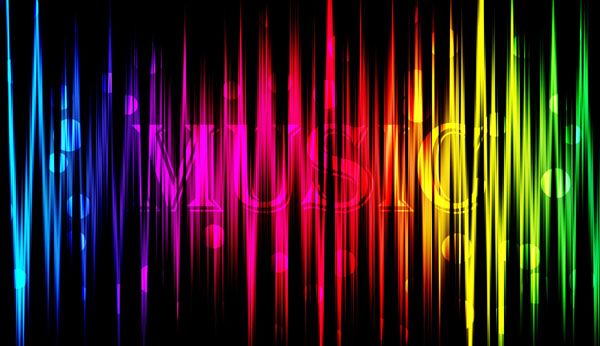 Leading the list of best Euro TV theme songs is one that viewers of the award-winning Swedish drama 30 Degrees in February know well: “Vinjett” — a jazzy, sensual, exotic piece scored by Swedish composers Andreas Söderström and Johan Berthling. The series follows a family, a couple, and a single man from Sweden in their search for happiness, adventure, a new life, on the other side of the world in Thailand. The music evokes a sense of longing, the feeling of the faraway… a siren song-like beckoning, and you can’t help but want to fly off to a foreign land to find what you seek… or to lose yourself. Like in the music.

Next up is a theme song that every fan of Euro TV and Nordic noir series should know: “Hollow Talk,” from the album This Is for the White in Your Eyes by Danish band Choir of Young Believers. It makes me all goose-bumpy every time I hear it, and I’ve heard it 80 times while watching the original Swedish/Danish version of The Bridge, the multiple award-winning and international hit crime drama. (That’s 10 episodes per season x 2 seasons x 2 viewings each x 2 for opening and closing credits). And that doesn’t include the number of times I’ve listened to this haunting song on its own.

The theme song to another worldwide hit is “Speak Out Now,” from the Danish dramedy Rita. Performed by the Danish singer-songwriter Nanna Øland Fabricius, better known as Oh Land, this tune is as peppy and catchy as they come. Anyone who’s watched Rita (reviews of Seasons 2 and 3 are here and here) has probably danced to it in her or his seat during the show’s title credits. I know I have.

4. “Ain’t That a Kick in the Head” — from Bernhard, Scoundrel of Orange (Bernhard, Schavuit van Oranje)

Performed by Robbie Williams, “Ain’t That a Kick In the Head” is the theme song for Bernhard, Scoundrel of Orange, the first of two biopic miniseries that make up the Dutch drama Crowns & Jewels, about the Netherlands’ House of Orange. Its lyrics are spot on for the lead character, given that the real-life German Prince Bernhard married into the Dutch Royal Family, making him one lucky guy, indeed.

5. “Forgiveness” — from The Eagle: A Crime Odyssey (Ørnen: En Krimi-Odyssé)

Another haunting tune that sends chills up and down my spine whenever I hear it is “Forgiveness,” the theme song for the Danish crime drama The Eagle (reviews of Seasons 1 and 2 are here and here). Danish composer Jacob Groth scored it, and his wife Misen Groth wrote the lyrics and sang the vocals. Listen to the words and you’ll hear the story of the series’ lead character Hallgrim Hallgrimsson (played by Jens Albinus).

My review of the first season of the award-winning French comedy Kaboul Kitchen, which completed its Season 1 run in the US last night, will be posted in a few days. One part of the show that I think is the bomb-diggity is the song “Lee” by French band Sporto Kantès — a bebop-py, hip-hop-py electronic tune reminiscent of ’50s and ’60s lounge music. This isn’t a theme song, per se, as it plays under the closing instead of title credits, but still. (By the way, “Lee” is on the album 2nd Round, the entirety of which is terrific. Check it out.)

Swedish composers Magnus Jarlbo and Sebastian Öberg scored “The Legacy” for the multiple award-winning Danish drama The Legacy, whose first season recently completed its US premiere (and will be on my list of favorite 2015 Euro TV shows — more about the series here). Nina Persson, lead singer for the Swedish rock/pop band The Cardigans, sings the melancholy vocals.

Détectives, the award-winning French mystery series starring Sara Martins (Death in Paradise) and Philippe Lefebvre (Tell No One), is fun, and its theme song “When You Know,” from the album Something You Might Like by the Belgian band Puggy, is finger-snappin’ fun, too. Now, if only we knew when Season 2 of Détectives will premiere in the US.

The smart, hilarious, and multiple award-winning German comedy series about a crime scene cleaner-upper, Crime Scene Cleaner was one of my favorite Euro TV premieres of 2014 (review is here). Its theme song, “Der Tatortreiniger – Der offizielle Titelsong,” scored by German composer Carsten Meyer, is as quirky as the show.

Rounding out the top 10 list of best Euro TV theme songs is another by Jacob Groth, who scored “Unit One” for, what else, Unit One, another of my favorite Euro TV shows of 2014 that happens to costar Mads Mikkelsen of the cult drama Hannibal. This tune could have gone the way of pedestrian TV show theme songs, but the inclusion of echo-y, quasi-haunting vocals — which remind me of Lars Brygmann’s Thomas La Cour character, who has a psychic-type ability to discern things from crime scenes that no one else does — put it over the top and onto this list.