Euro TV fans don’t get much in the way of comedies from the continent, but one that has made it to the US and captured viewers in a big way is Germany’s Crime Scene Cleaner.

(Der Tatortreiniger) was one of my favorite Euro TV shows of 2014, and now that it’s on DVD, Euro TV viewers who haven’t experienced the awesomeness of this multiple award-winning series can get your laugh on with the discs.

German Comedy Awards winner Bjarne Mädel stars as Heiko “Schotty” Schotte, a football (soccer) and Maserati-loving high school dropout who turned his fascination with blood and death into his “my work begins where others pass in horror” livelihood. That is, he clears away the gore from scenes where murders, suicides, and accidents occurred, after the police and forensics teams are done.

The series is hilarious, no doubt about it. The witty dialogue is brilliant, as are the comic mishaps and pop culture references, both German and non — from the Tatort ring tone on Schotty’s mobile phone and the guest appearance of the Bukow and König stars as their characters, to the I Dream of Jeannie blink.

Here’s where the smart comes in: Whereas Nordic noir programs such as Wallander highlight societal issues through drama, Crime Scene Cleaner focuses on that as well as the individual small-mindedness that gives rise to social prejudices, but through comedy. Or rather, satire.

Whenever Schotty goes out on a job, he encounters someone — an author, a prostitute, a reality TV star — with a connection to the deceased. (In one, he’s even visited by ghost of the victim.) Invariably, they chat. And the light banter belies the seriousness of the theme, such as the ill effects of ideologies, stereotypes about gays/women/fat people, the cult of celebrity, bullying, and the like.

The beauty of each conversation is in how Schotty, representative of the ordinary (hu)man, embodies enlightenment as either the point or counterpoint, teacher or student, in any discussion. More often than not, an understanding is reached between the two parties. When not, an ironic incident drives the point home.

For example, while he argues that a man’s life is more valuable than a burglary victim’s sofa in one episode, in another he’s the person who opens up to the possibility of dating a woman who isn’t his petite, slim, attractive, blond-haired type.

Props go to series writer and creator, Mizzi Meyer, whose dialogue and riffs on advertising, social superiority, professional ethics, and more, are engaging rather than off-putting, and balance social commentary with laugh-out-loud zingers (If you want to know about the science of stains and the difference between a cleaning solution and a solvent, Crime Scene Cleaner offers that, too.)

Ditto for director Arne Feldhusen and the rest of the production team, who infused Crime Scene Cleaner with subtle and overt comedic features, from the music to the “Hah!” scenes during the closing credits of many episodes.

As for series star Bjarne Mädel (Bukow and König, Donna Leon, Tatort), he delivers a fabulous performance and makes the show. His Schotty is the straight man (in more ways than one) to the comic foils of the people he meets, and it is through him that viewers get both the satire-filled entertainment and the larger themes at play.

The two-disc set of Crime Scene Cleaner, now available in the US and UK, contains 10 episodes (shown in German with English subtitles) of the 18 that have aired on Germany’s NDR channel to date. Check it out. It’s worth every bit of the 266 minutes you’ll spend watching it. 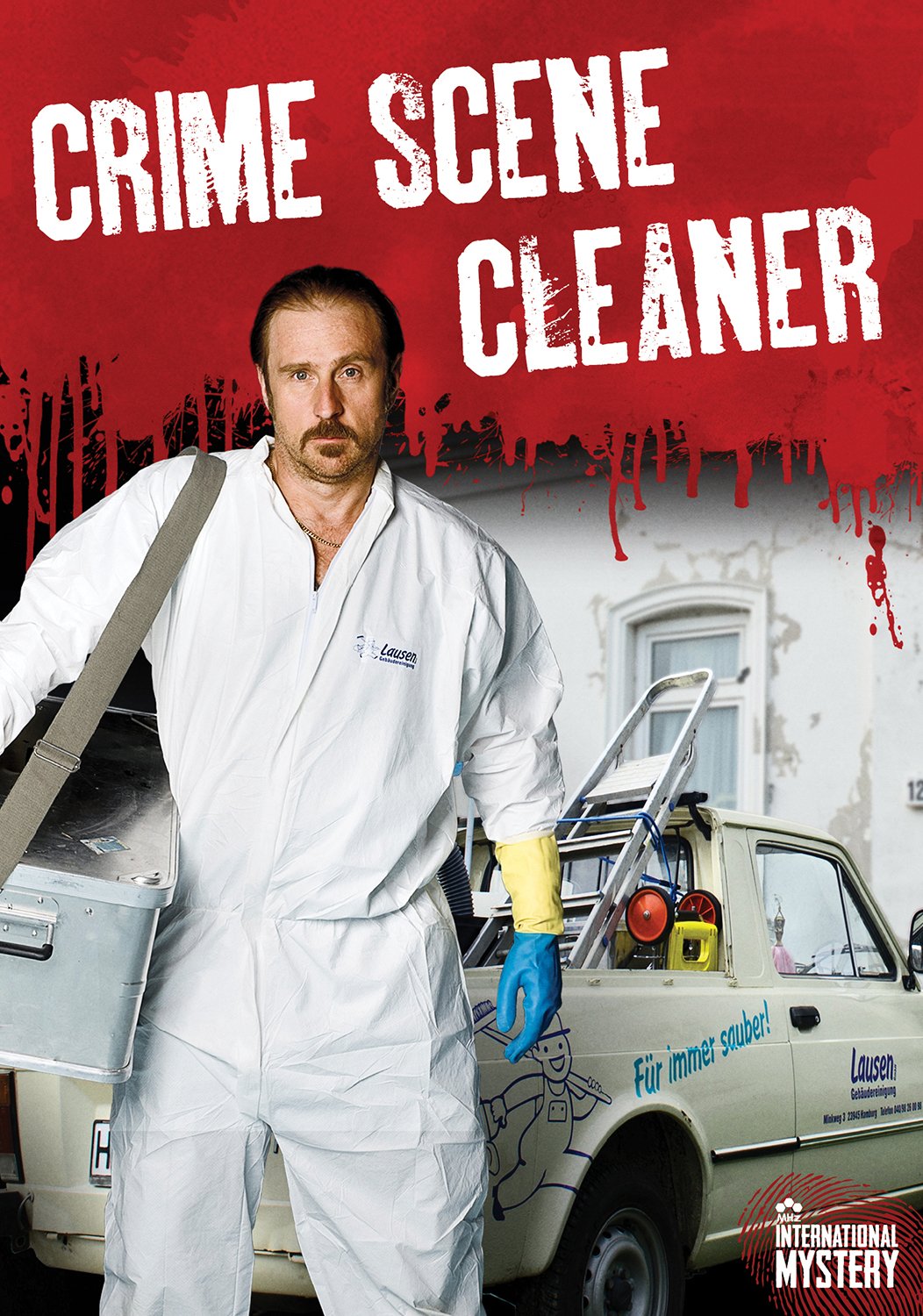