Before I get to the shows, The Euro TV Place is giving away a one-year subscription to Walter Presents US for Bastille Day! For details and to enter the giveaway, check out this post on our Facebook page.

As for the French TV series worth binge-watching over Bastille Day weekend (or anytime), there are many, so narrowing it down to a list of 15 (14 for Bastille Day plus 1 for France making it to the 2018 World Cup final! Allez, allez, allez!) was no easy task… 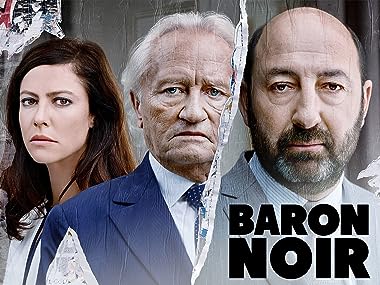 Hell hath no fury like a politician thrown under the bus. Such is the case in the taut political drama Baron Noir. César Award winner Kad Merad (Je vais bien, ne t’en fais pas) stars as Philippe Rickwaert, a member of Parliament and the mayor of Dunkirk, whose support of friend, mentor, and leftist presidential candidate Francis Laugier (Niels Arestrup, The French Minister) is repaid with Laugier’s sacrifice of Rickwaert to save his campaign. The now-humiliated but still ambitious Rickwaert plots both his revenge against Laugier and others of his political enemies as well as the reinvention of his own career.

Beyond the Walls (Au-delà des murs)

Beyond the Walls, an awesome French/Belgian supernatural miniseries with a mystery twist, stars Veerle Baetens (Tabula Rasa, The Team, Code 37) as Lise, a speech therapist who inherits a dilapidated old house where the body of a man dead 30 years is found. Soon after moving in, she begins to hear spooky sounds from beyond the walls, so she sets off to investigate. What Lise encounters is frightening, made more so when she realizes the seemingly endless house doesn’t want her or a similarly-trapped young man to leave. More details are here. 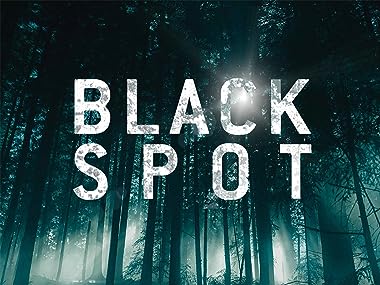 In the midst of a huge forest in the mountains is the small, isolated town of Villefranche, where the murder rate is six times higher than France’s national average. Such is the setting for the Gallic noir mystery-crime drama series Black Spot, which revolves around the disappearance of a teen girl across eight episodes, each of which features a self-contained mystery, starting with the murder of a young woman found hanged from a tree that “bleeds” in the forest. More details are here. 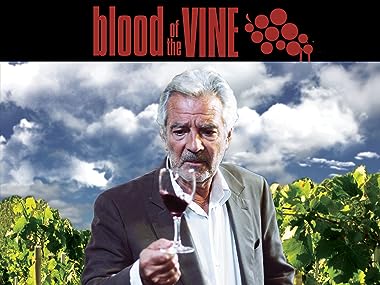 Blood of the Vine is a delightfully dark murder mystery series whose episodes are set amid châteaux and vineyards from Bordeaux to Champagne. Adapted from the “Winemaker Detective” novels by Jean-Pierre Alaux and Noël Balen, the series stars Pierre Arditi (Smoking/No Smoking) as Benjamin Lebel, an enologist who sniffs out clues and culprits when murders take place amongst the grapes while he advises his wine-making clients. 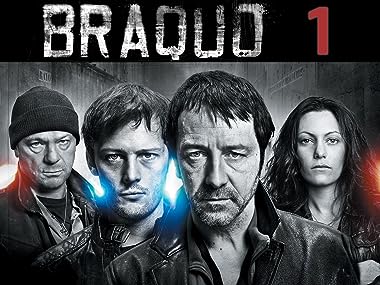 Jean-Hughes Anglade (The Passenger, La Femme Nikita) leads the cast of Braquo, an ultra-dark, gritty, and intense crime drama that follows a team of cops in Paris who go rogue when necessary (which is almost always) — crossing from one side of the law to the other and back again to deal with kidnappers, blackmailers, murderers, and other heinous criminals… and to stay one one step ahead of the Internal Affairs investigators and stay out of prison themselves. 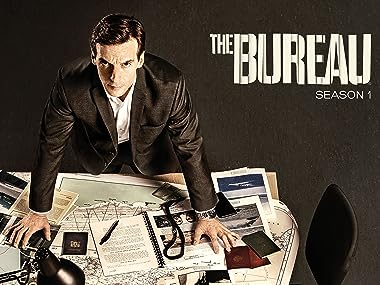 Equally intense and riveting is The Bureau, a spy thriller that revolves around the lives of undercover agents of le bureau des légendes, the organization that handles operatives before, during, and after their missions as legends — the false identities they assume to gather security intelligence. Based on accounts from real-world spies, the series stars Mathieu Kassovitz (Amélie) as Guillaume Debailly, code name Malotru, a senior security officer (later Deputy Director) who maintains his double identity, becomes a double agent, and is taken hostage over the course of the first three seasons. (Season 4 is coming soon.) 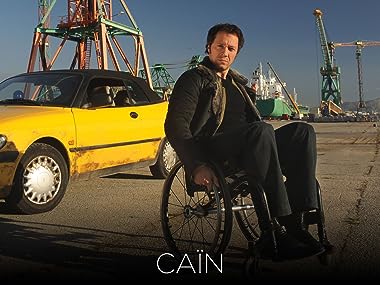 Bruno Debrandt (Spiral) stars as the eponymous homicide detective in Caïn, a police procedural-mystery series that finds Fred Caïn investigating murders in Marseille. While he can be quite boorish with his colleagues, suspects, and even his son and ex-wife, and despite being paralyzed from the waist down, having a dark sense of humor, and throwing caution (and police protocols) to the wind when needs must, Caïn is as good or better than most crime-fighting bipeds when it comes to catching killers.

Call My Agent! is an utterly hilarious comedy series that follows the people who work for a talent agency in Paris. It’s a rip-roaring behind-the-scenes look at the maneuvering, politicking, bad-mouthing, pleading, and, well, lying, the agents do to secure assignments for their celeb clients and to land (read: poach) new ones. A-list film and TV stars that appear in the series include Isabelle Adjani (Camille Claudel), Juliette Binoche (The English Patient), and Audrey Fleurot (Spiral).

Where to Watch: US & UK: Netflix 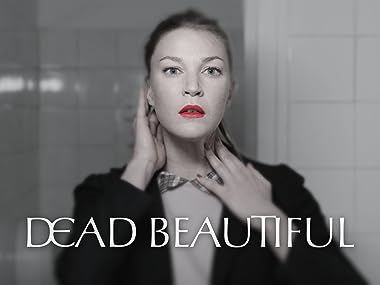 Dead Beautiful is a very dark and gripping crime thriller series whose nine feature-length episodes revolve around murder cases, most involving women, that range from disturbing to twisted. (Crossbow, anyone?) Leading the cast is Thierry Godard (Spiral, A French Village), who plays Martin, the detective who leads the crime squad in Paris. He’s also a ladies’ man, and in one episode finds himself the prime suspect in a woman’s murder. 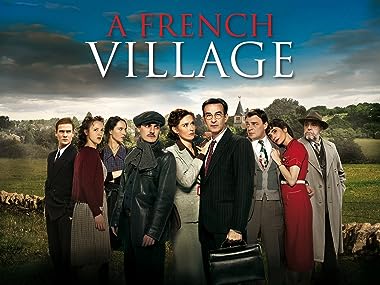 The award-winning A French Village centers on the lives of the residents of Villeneuve, a (fictional) French village, during its German occupation in World War II. It opens with the arrival of Germans soldiers in Villeneuve on 12 June 1940, and like flies on the wall we watch helplessly as adults and children are shot, homes and schools are co-opted, and refugees pour in. Many residents adapt to the situation, while others join the resistance or collaborate with their subjugators until Villeneuve is liberated.

Where to Watch: US: Amazon Video, Hulu, MHz Choice, MHz Choice on Amazon 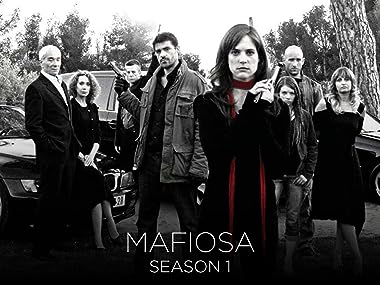 Mafia drama Mafiosa, a two-time Globes de Cristal Awards nominee for best TV series, stars Hélène Fillières (Collection Fred Vargas) as Sandra Paoli, a lawyer and the niece of a mafia don who, after his assassination, takes over the family business in Corsica as her uncle had wished. The men of the clan, including her brother, do her bidding, but those of rival families refuse to acknowledge a female being in charge. While Sandra is powerful and gutsy, she also has a lot to learn about being the head mafiosa.

Where to Watch: US: MHz Choice, MHz Choice on Amazon | UK: Walter Presents 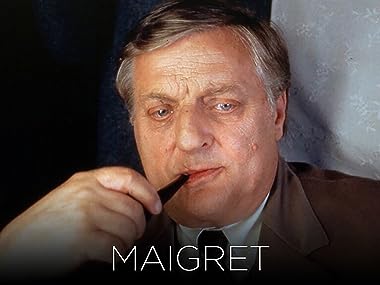 This Maigret is the second and most popular French TV adaptation of the internationally best-selling detective novels by Belgian author Georges Simenon. Starring Bruno Cremer as Commissaire Jules Maigret, the cool, calm, and collected pipe-smoking, hat-wearing head detective of the crime squad in Paris, the 54 stories in this classic Euro TV mystery series are atmospheric, deliberately paced, and steeped in the psychological natures of the murders and murderers. 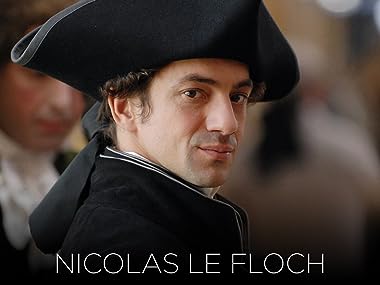 Adapted from Jean-François Parot‘s historical novels, the darkish mystery and adventure series Nicolas Le Floch stars Jérôme Robart (Paris) as the eponymous marquis — a smart, suave, and sexy police inspector who is equally adept at unmasking murderers and other criminals amongst aristocrats, courtiers, and the not-so-well-heeled, as he is at seducing the ladies in 18th-century Paris and surrounding environs. 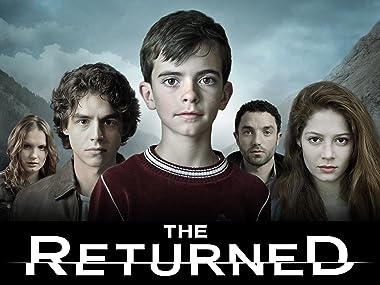 Season 1 of The Returned was the first TV series I ever binge-watched from start to finish in one sitting. This supernatural thriller follows zombies who return (or try to return) to their lives without realizing they had died years ago and just came back to life, as well as the family members who attempt to adjust to their loved ones being alive again. Inherent in the Season 1 narrative is the mystery of why these particular walking (un)dead individuals have returned. 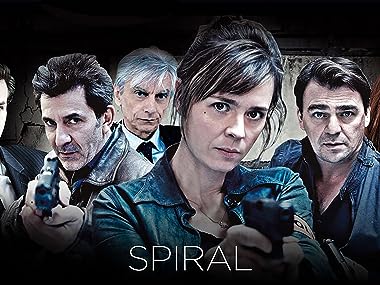 Every season of Spiral is as excellent as the next. Dark, gritty, and intense, the series centers on a team of cops led by police captain Laure Berthaud (Caroline Proust, Amnêsia), who investigate murders and other crimes in Paris. Stories also follow members of the judiciary involved in the team’s and other cases, which are intricate and messy — not so different from what goes on the lives of the detectives, attorneys, and judges — and deal with crimes that are often extremely violent. 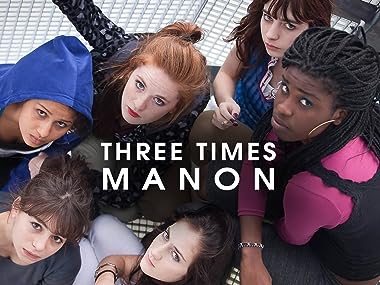 Three Times Manon is a disturbing and heart-wrenching miniseries that follows 15-year-old Manon (Alba Gaïa Bellugi, The Bureau), a deeply-troubled delinquent who is court-ordered to live in a reform school for six months after numerous incidents, the most recent one being Manon stabbing her mother. This is her last chance at redemption, and if she fails to turn herself around, prison for Manon is a certainty.

To see all of the programs from France that are available for streaming in the US and UK, visit the pages for French Language TV Programs.