The list of Euro TV shows making their way to the US continues to grow, so get your binge on this month with these nine program premieres from Belgium, France, Germany, Iceland, Italy, The Netherlands, Spain, and Switzerland. 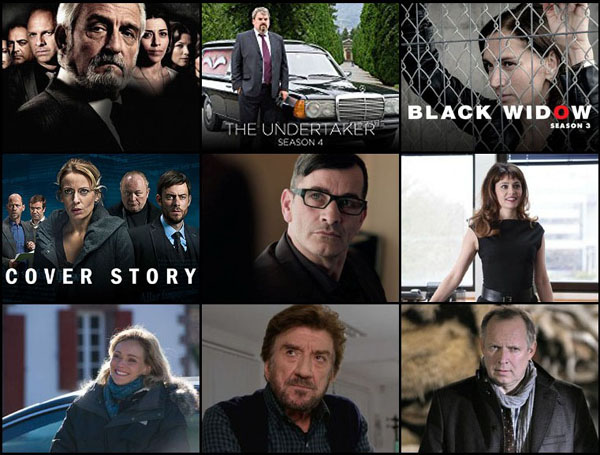 All programs are shown in their original language with English subtitles. 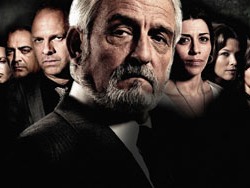 Based on the novel of the same name by Rafael Chirbes, this multiple award-winning drama stars the late José Sancho (Talk to Her, Live Flesh) as Rubén Bertomeu, a wealthy and powerful real estate developer who will do what needs must to bring his dream project to life: the Costa Azul. A story of family, ambition, and corruption, Crematorium premieres in the US on Tuesday, August 1st, on Netflix. (Image © Canal+ España, Mod Producciones) 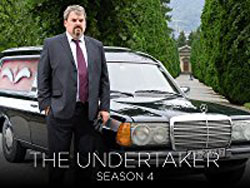 Mike Müller (Tell, Undercover) returns as Luc Conrad, a former detective turned crime-solving undertaker, in the fourth season of this hit crime drama. Shown in Swiss German, The Undertaker: Season 4 premieres in the US on Tuesday, August 1st, on MHz Choice and the MHz Choice Channel on Amazon with the first two of six episodes, followed by episode pairs on August 8th and August 15th. (Photo courtesy of MHz Choice) 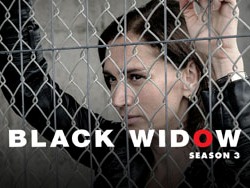 The third season of this hit crime drama finds Carmen (Monic Hendrickx, Hotel Beau Séjour) thinking about taking early retirement from her family’s crime empire and spending more time with her partner John (Eric Corton, Baantjer Mysteries) and their children, since business seems to be going along swimmingly. Heck, she might even get into something legit. But when one of her drug runners is intercepted and a competitor encroaches on her territory, all she can do is get back in the game. Black Widow: Season 3 premieres in the US on Thursday, August 3rd, on Walter Presents. (Photo courtesy of Walter Presents) 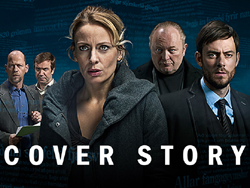 In these days of fake news, it’s the world of tabloid journalism that is front and center in this thriller. The narrative follows Lára (Sara Dögg Ásgeirsdóttir, I Remember You), a thirty-something single mum and investigative journalist for Posturinn (The Post). Unlike certain of her brethren at the paper, Lára is actually interested in uncovering the truth behind corrupt politicians and businessmen, murder, and more unsavoriness in Reykjavik. (Read details about the series here.) Cover Story premieres in the US on Thursday, August 3rd, on Walter Presents. (Image courtesy of Walter Presents) 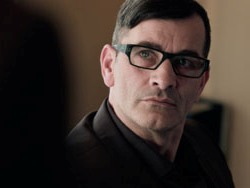 From the producers of Salamander comes this crime drama starring Koen De Bouw (The Team, Cordon, King of the World) as Jasper Teerlinck, aka Professor T. — an eccentric criminal psychology professor and police advisor who’s like a cross between Sherlock Holmes and Gregory House. The man is an arrogant, insult-hurling genius who works with the fiery Inspector Annelies Donckers (Ella Leyers, Binnenstebuiten) and her behind-the-scenes partner, Inspector Daan de Winter (Bart Hollanders, Salamander) to solve murders. (More about the series in this article.) Professor T. premieres in the US on Thursday, August 3rd, on Walter Presents. (Photo courtesy of Walter Presents) 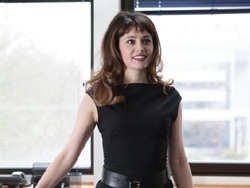 This comedy telefilm, from the producers of Call My Agent! and adapted from the stage play, revolves around the goings on at Chauffinor, the family business (mis)managed and run to the ground by Patrick (Pierre Palmade, Chez Maupassant). A savior comes in the form of Foond, a successful American company that makes Patrick an offer he can’t refuse, but chaos ensues after Foond sends an auditor to check things out and Chauffinor employees decide to strike back. Featuring Anne Charrier (Maison Close) and Joffrey Platel (Spin), L’entreprise premieres in the US on Friday, August 4th, at 8:30 PM ET, on TV5 Monde USA. (Photo courtesy of TV5 Monde USA) 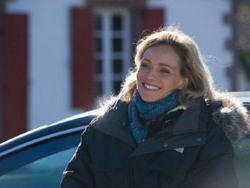 An early telefilm in the Meurtres a… crime drama series is this one starring Claire Borotra (Antigone 34) as Marie Daguerre, a newly-promoted police inspector in Bayonne whose first murder case involves a young woman tortured and executed medieval-style in the area of Saint Jean de Luz. Meanwhile, legendary flic Vincent Becker (Antoine Duléry, Les petits meurtres d’Agatha Christie) races there from Paris after receiving a call for help from his long-lost son. Marie is assigned to help Vincent, and although the two are opposites, they must find a way to work together, as their cases appear to be linked and more victims are discovered. Meurtre au pays basque premieres in the US on Sunday, August 6th, at 10:59 PM, on TV5 Monde USA. (Photo courtesy of TV5 Monde USA)

On the verge of retirement, veteran journalist Bruno Palmieri (Gigi Proietti, Il maresciallo Rocca) decides to embark on a second career — despite the bullet lodged near his heart — of investigating miscarriages of justice and old cases with hidden loose ends. The impetus for this is a convicted murderer, newly-released from prison after nearly 20 years, who asks Bruno to prove his innocence. What remains a secret to Bruno and is known only by his former flame, Paola (Licia Maglietta, Agata and the Storm), is that Maddalena (Francesca Inaudi, Tutti pazzi per amore), a new intern at the newspaper, is their daughter. Bulletproof Heart premieres in the US on Tuesday, August 15th, on MHz Choice and the MHz Choice Channel on Amazon. (Photo courtesy of MHz Choice) 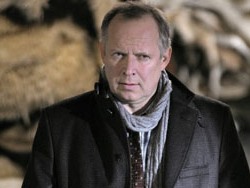 The lead character in the Kiel-set titles of Tatort, the longest-running crime drama series in Germany, is Inspector Klaus Borowski (Axel Milberg, Hannah Arendt). Borowski is a rather grim, divorced, lone-wolf detective who, along with his complex and fragile colleague, Detective Sarah Brandt (Sibel Kekilli, Game of Thrones), fights crime in and around the capital city of Schleswig-Holstein. Tatort: Borowski premieres in the US on Tuesday, August 15th, on MHz Choice and the MHz Choice Channel on Amazon. (Photo courtesy of MHz Choice) 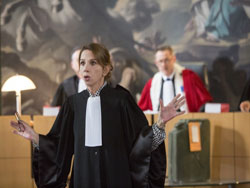 The latest in the La loi de… legal drama telefilm series stars the multiple award-winning Spanish actress Victoria Abril (High Heels, Tie Me Up! Tie Me Down!) as Gloria Mendoza, a legendary defense attorney nicknamed “the Devil’s Advocate” due to her mobster and murderous clients. After a glorious career of winning every case, Gloria retired, but she dons the courtroom robes again in order to find the link between the suspicious deaths of her lawyer daughter and a 15-year-old girl and the truth of who murdered them. Gloria’s Law: The Devil’s Advocate, which premiered in the US last month on Eurochannel (where it is still airing), is now streaming on Amazon Video. (Photo courtesy of Eurochannel) 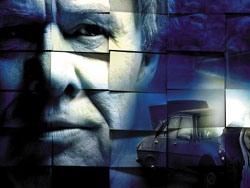 Adapted from the novels by Håkan Nesser, this psychological crime thriller series stars Sven Wollter (The 13th Warrior) as the eponymous chief inspector. In retirement he’s an antiquarian bookshop owner who mentors his two crime squad protégés, Münster (Thomas Hanzon, The Sandhamn Murders) and Moreno (Eva Rexed, 30 Degrees in February), and assists them in solving murder cases in and around the (fictitious) city of Maardam. Van Veeteren begins streaming Tuesday, August 15th, on MHz Choice. (Image courtesy of MHz Choice)