Canneseries, the Cannes International Series Festival, has announced the ten international television series selected for its first-ever competition, of which five are Euro TV shows. 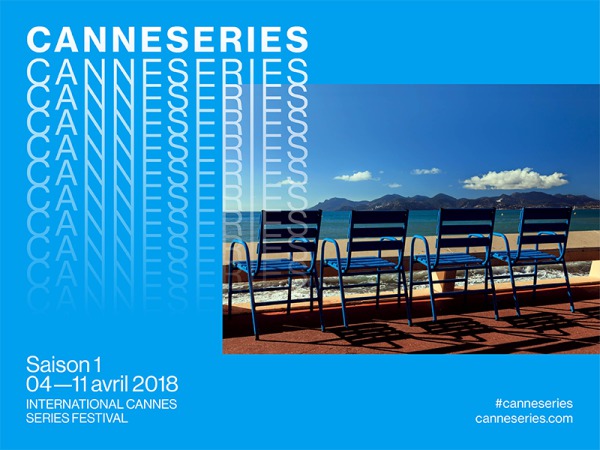 Taking place April 4-11, 2018, in Cannes, France, Canneseries aims to highlight innovative TV series from across the globe and will celebrate excellence in the world of international television.

The Canneseries Official Competition will present ten world premieres April 7-11 in the Auditorium Lumière at the Palais des Festivals. The screenings will be open and free to all audiences, including the general public. (Go check them out if you’re in the area!)

Below are the five Euro TV series in competition. One is confirmed for screening in the US, UK, and most others of Netflix’s territories.

This crime drama series is based on the autobiographical book by anti-mafia prosecutor Alfonso Sabella. In the series Sabella is called Saverio Barone and is played by Francesco Montanari (Transatlantic Ties, Romanzo Criminale).

Set in 1993 Palermo, the story follows Barone, a young and ambitious provincial prosecutor whose whistle-blowing on his own boss gains him the attention of the chief of Palermo’s Antimafia Pool and an appointment to the unit. Barone is uniquely qualified for the job, with a distinct set of skills that will make him go down in history as “the Hunter” (“il Cacciatore”). And thanks to a succession of brilliant hunches, spectacular raids, and front-page arrests, three hundred Mafiosi will be taken into custody.

Félix, an ordinary Argentine man living a quiet life in Andorra, meets Julia, an exotic woman of Asian origin. He knows hardly anything about her, but falls in love with her nonetheless. Then, after only a few casual encounters, she disappears. Félix soon realizes that Julia is not the woman she pretends to be, yet he can’t stop himself from becoming an amateur detective of sorts, as he begins searching for Julia and ends up embarking on a journey he would never have imagined before.

With a bit Hitchcock here and Coen brothers there, and a dash of Twin Peaks, too, the romance thriller stars Leonardo Sbaraglia (Intacto) as Félix and Mi Hoa Lee (Blu) as Julia. Also in the series are Pere Arquillué (I Know Who You Are), Ginés García Millán (Velvet), and María Morales (Locked Up).

Created and directed by Cesc Gay (Truman), and written by Cesc Gay and Tomás Aragay (In the City), Félix is a production of Movistar+ for the company’s digital TV platform.

This period drama series opens in the summer of 1969 in the small coastal town of Stavanger. International oil companies have been test-drilling here for years, but no oil has been found, so they are in the process of leaving. Now the town is in crisis mode, because while fish has been its largest resource, the sea is about to be fished empty. But then, on the night of Christmas Eve, the gas flare at the oil rig Ocean Viking is lit. And everything is about to change.

Against this backdrop is the story of three young locals and an American, from the oil discoveries in 1969, through the Klondike years, up to the formation of Statoil in 1972.

A production of Maipo Film for Norwegian broadcaster NRK1, State of Happiness is written by Mette Marit Bølstad (Nobel), based on an idea by Synnøve Hørsdal (One Night in Oslo) and Siv Rajendram Eliassen (Acquitted), and directed by Petter Næss (Into the White) and Pål Jackman (Monster).

Multiple-award winner Iris Berben (Krupp: A Family Between War and Peace, Eddie the Eagle) stars in this crime thriller as Freya Becker, a typist with the homicide division of the Berlin police. Since her daughter Marie disappeared without a trace eleven years ago, Freya has lived a lonely and secluded life. The only thing that keeps her going is the hope that, eventually, she will find out what happened to her daughter.

When the only man who might give her information about Marie’s fate is released from prison, and Freya’s work confronts her with an abuse case similar to her daughter’s, Freya sets out on a painful journey to get to the bottom of the truth – whatever the cost might be.

Produced by Moovie for broadcast on ZDF, the series is written by Nina Grosse (Crime Stories) and directed by Grosse and Samira Radsi (Deutschland 83).

Inspired by real-life events, this crime drama series stars two-time Best Actor award winner Frank Lammers (Night Run, The Enclave, The Swell) as Ferry Bouman, one of the largest ecstasy producers in the world. Ferry lives a charmed life in his villa on the Dutch-Belgian border, but things start to change when two undercover agents move into his territory in an attempt to infiltrate Bouman’s life and shut down his network.

The ten-part series is created by Nico Moolenaar (The Score), written by Moolenaar, Bart Uytdenhouwen (The Score), and Piet Matthys (Vermist), and directed by Eshref Reybrouck (LouisLouise) and Franck Devos (Wittekerke).

Stay tuned for updates about the five Euro TV series competing at Canneseries 2018.