Heads up, stateside Euro TV fans. MHz Choice has announced the baker’s dozen of new and returning series for its Winter/Spring 2016 slate, and they are not to be missed. 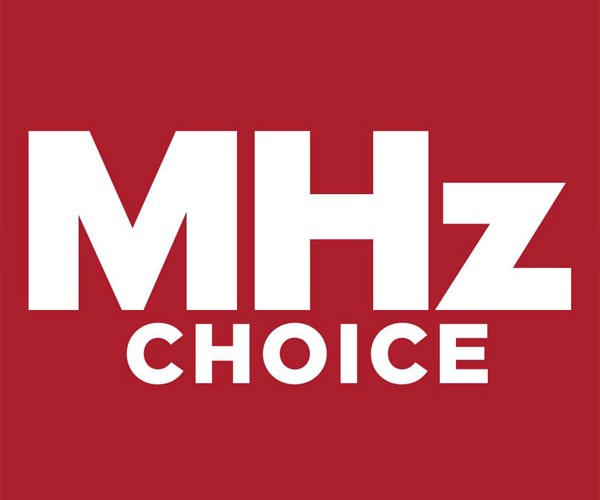 Season 1 of Nestor Burma includes 15 feature-length episodes from 1998 to 2003, of which the first three are currently streaming. The remaining episodes will premiere in batches of three episodes each on the 23rd of February and the 1st, 8th, and 15th of March.

This must-watch historical drama, one of my favorite UK Euro TV premieres of 2015, recently debuted in the US on another SVoD streaming service, and the entire miniseries will be available on MHz Choice starting tomorrow, 23 February 2016.

For further details about this binge-watchable six-part miniseries, read “The Heavy Water War (Kampen om tungtvannet): Now Streaming in the US.”

The Sicilian city of Palermo has problems: The Mafia is interfering with the water supply and spilling a lot of blood in the process. Catching the culprits behind the string of murders of local water suppliers (and then some) is a tough job, but someone has to do it. That someone is Angelo Caronia (Riccardo Scamarcio, Romanzo Criminale), an arrogant cop in Rome who’s reassigned back to his native Palermo. He thinks his new colleagues are lazy, they think he’s a ball-buster, but over time they all come to appreciate what each brings to the table as they try to tackle the Mafia.

The six-part crime drama, written by the award-winning Umberto Contarello (The Young Pope, This Must Be the Place) and directed by award winner Renato De Maria (The Front Line), costars Valentina Lodovini (Welcome to the North), Michele Riondino (The Young Montalbano), Roberto Herlitzka (The Great Beauty), Natalino Balasso (1992), Antonino Bruschetta (Crimes), and Luigi Maria Burruano (Inspector Vivaldi), amongst others.

Boy meets girl, they fall in love, and thus begin the conflicts in their relationship. In the divided German city of Weissensee, their families are on opposite sides: his is loyal to the Party, hers is not. For further details about this award-winning German family saga, read “New Montalbano + More Euro TV Favorites & New Series in 2016 on MHz Choice.”

Opposites don’t always attract, but sometimes they are thrown together. Like Theo Kamp (Jeroen van Koningsbrugge, Baantjer Mysteries) and Willem Niessen (Dennis van de Ven, Draadstaal). The brash and impetuous Theo is the top homicide detective in Tilburg, and he’s been on the hunt for top criminal Freddy van Nuenen (Patrick Stoof, The Godless). Too bad for Theo, then, when he steps out of line — again — and gets reassigned to the narcotics division, where he’s partnered with by-the-book Willem. Now the question is, how will Theo nab Freddy and get his old job back while under Willem’s watchful eye?

Based on actual persons and events, this four-part Dutch legal thriller follows two men who pocket millions of euros from a massive real estate fraud scheme, and the prosecutor who brings them down. For further details about the four-part miniseries, read “New Montalbano + More Euro TV Favorites & New Series in 2016 on MHz Choice.”

Based on the acclaimed novel by Jeroen Smit, this three-part biopic follows the rise and fall of Dutch banker Rijkman Groenink (Pierre Bokma, Dalziel and Pascoe) and the downfall of the ABN-AMRO bank empire. In his zeal to make the merged banks one of the top five international banks in the world, Groenink takes the business to the brink of collapse.

Pierre Bokma’s performance as Rijkman Groenink won him the Best Actor Award at the 2013 Dutch Film Festival and the 2014 TV Image Awards (the Netherlands’ version of the US Emmy® and UK BAFTA TV awards), where The Prey also won for Best Drama Series.

Created, written, and directed by Hugues Pagan (Nicolas Le Floch, see below), Mafiosa follows Sandra Paoli (Hélène Fillières, Lady Chatterley), who is propelled to the head of a powerful mafia family after her uncle, a notorious Corsican mafioso, is murdered. Finding herself running an organization dominated by men, Sandra gets help from her brother, Jean-Michel Paoli (Thierry Neuvic, Sherlock Holmes: A Game of Shadows), and learns to assert herself in her new role. As she manipulates and seduces her way to reinventing the violent family business of money, drugs, and sex, Sandra becomes respected, but also hated.

This French crime drama ran for five seasons and was twice-nominated in the Best Television Film or Television Series category at the prestigious Globes de Cristal Awards.

The fourth season of this fabulous historical drama (one of my favorite US Euro TV premieres of 2015) covers events between the 23rd of September and the 13th of November in 1943.

The STO (Service du Travail Obligatoire), the new mandatory labor service, forces young French workers to toil on German soil for the war effort. As many of the youths go into hiding to escape the STO, some citizens are imprisoned, while members of the Resistance continue their plans, including one to commemorate the 11th November armistice of World War I (which signified the Allies defeat over Germany). Ultimately, no one is safe, as the Germans are dead-set on destroying the Resistance.

Following the resignation of Father Fromenger (Jean-Luc Bideau, Détectives), the young seminarians at the historic Capuchin Seminary in Paris are now under the tutelage of Father Bosco (Thierry Gimenez, Spiral), who is undergoing chemotherapy for his brain tumor.

The eight-episode second season of the multiple-award-winning The Churchmen premieres 29 March 2016. 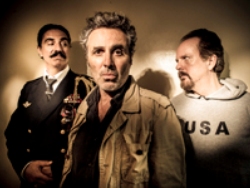 You’d think that Jacky (Gilbert Melki, The Heir Apparent: Largo Winch), Colonel Amanullah (Simon Abkarian, Pigalle, la nuit), and everyone else associated with Kaboul Kitchen would just pack it all in (or at least tone it down) after what they experienced in Season 1, but no.

Jacky gets involved with CIA agents to reopen his restaurant, and sees himself a spy for Uncle Sam, which doesn’t go down well with France’s national intelligence agency. Amanullah has another scheme for which he recruits Axel (Benjamin Bellecour, Les invincibles), who becomes the apple of Amanullah’s daughter’s (Karina Testa, The Judge Is a Woman) eye. And Jacky’s daughter, Sophie (Stéphanie Pasterkamp, Second Chance), falls under the spell of her new boss… And that’s just for starters.

For this last-ever season of the hit period mystery series, adapted from “The Nicolas Le Floch Investigations” novels by Jean-François Parot, Jérôme Robart reprises his role as the eponymous swashbuckling nobleman and police commissioner in two feature-length episodes.

In “The English Corpse” (“Le cadavre anglais“), a mysterious prisoner dies while trying to escape from Fort L’Êvèque prison. While investigating the murder, Le Floch finds himself at the heart of an espionage case involving Monsieur de Sartine (François Caron, Paris), now the Minister of the Navy, who is trying to ensure the supremacy of the French fleet in the war against the English.

And in “The Grand Canal Drowning” (Le noyé du Grand Canal), as France and England battle it out — for and against America’s independence from the Crown during the Revolutionary War — King Louis XVI assigns Nicolas to guard the Duke of Chartres. The commissaire also investigates the theft of a jewel from the Queen, as well as a series of mysterious murders.