The dog days of summer have surely arrived, and beating the heat Euro TV style just heated up in the US with the addition of four titles to the list of those available for streaming. 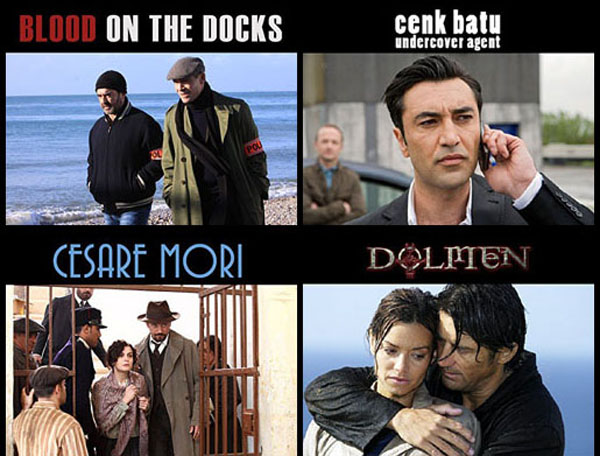 For fans of crime dramas and mysteries, with a bit of supernatural woo-woo thrown in for good measure, these four shows will keep you in front of the screen for hours and hours. 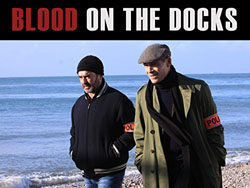 This gritty police procedural is the French adaptation of the “Faraday and Winter” series of novels by English author Graham Hurley, with stories taking place in the port city of Le Havre, France instead of Portsmouth, England.

Jean-Marc Barr (Dogville) and Bruno Solo (Hôtel de la Plage) star as les flics Richard Faraday and Paul Winckler, respectively, inspectors who are opposite in nature — Faraday, a single father with a deaf son, is even-keeled and by-the-book, while Winckler is feistier and sometimes uses questionable measures to deal with the city’s criminal elements — but who find common ground in tackling crime on the mean streets by the sea.

Blood on the Docks is a straight-up detective drama, but not without bits of humor injected in. The first season’s four episodes — “Angels Passing,” “White Lines,” “One Under,” and “Blood and Honey” — are now streaming in French with English subtitles at Amazon Instant Video. 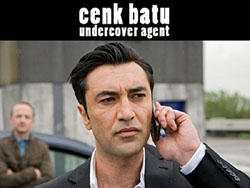 Of the various series under the umbrella of Tatort, the longest-running TV crime franchise in Germany, Cenk Batu is set in Hamburg (whereas Tatort: Cologne is set, well, in Cologne).

Mehmet Kurtulus (Equilibrium) stars as the eponymous Cenk Batu, a multi-lingual, chess-playing undercover agent born in Germany of Turkish parents. His work for the State Bureau of Investigation (LKA) in Hamburg, from infiltrating a ring of illegal organ dealers to a terrorist cell, often puts him in perilous situations, and in hot water with his boss Uwe Kohnau (Peter Jordan, Bukow and König), too.

The six episodes of Tatort‘s crime thriller Cenk Batu — “On the Sunny Side,” “Urban Warfare,” “Forget-Me-Not,” “A Life for a Life,” “The Road to Paradise,” and “The Ballad of Cenk and Valerie” — are now streaming in German with English subtitles at Amazon Instant Video. 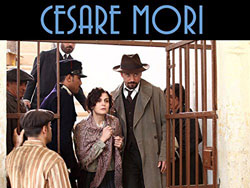 This two-part biopic miniseries centers on the true story of Cesare Mori, “the Iron Prefect” of Italy who took on the Sicilian Mafia and won.

Portrayed by Vincent Perez (The Crow: City of Angels), Cesare Mori and his deputy Francesco Spanò (Adolfo Margiotta, Commissario Rex) led tough campaigns against the Mafia, using the same harsh, iron-fisted methods as their adversaries to wrest power away from the criminal gangs that had gained control over the people and economy in the Madonie mountain region of Sicily.

Given his success, Mori is subsequently summoned by Il Duce himself, Mussolini, to do for Palermo what he did for Sicily. As Mori puts away more mafiosi, he also discovers evidence of collusion between the Mafia, government officials, and the Fascist party. 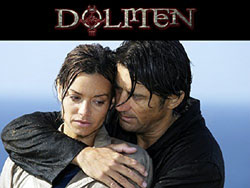 Dolmen is what I call a Euro TV guilty pleasure.

It’s part crime mystery, part romance, and part supernatural drama. The two leads — Ingrid Chauvin (Femmes de loi) and Bruno Madinier (Les Cordier, juge et flic) — are gorgeous and have the chemistry to make their affair believable. And the setting of Ty Kern, a rugged, windswept island off the coast of Brittany, with blood-leaking menhirs (dolmens) by the cliff and townspeople with more secrets than a gâteaux Napoléon/mille-feuille dessert has layers, is by turns stunning and spooky.

For all the juicy and creepy details, read the review I wrote of the DVD here.

All six episodes of Dolmen are now streaming in French with English subtitles at Amazon Instant Video.