As foreign-language European television dramas are becoming more popular around the world, more of them are being made available to US audiences. Here are the five most recent additions to Amazon Instant Video‘s library of Euro TV: 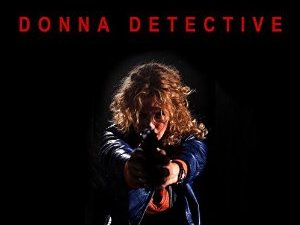 Literally translated as “female detective,” the Tivoli-set first season of Donna Detective stars Lucrezia Lante della Rovere (Quantum of Solace) as Lisa Milani, a loving wife and mother and senior detective in charge of an investigations team who’s trying to balance the demands of work and home.

It’s challenging, even with help on and off the job from her colleague Nanni (the oh-so dishy Flavio Montrucchio, The Breath of the Soul). Lisa and her team have one murder case after another, but the kicker is the one that she cannot investigate in an official capacity: the case involving her pediatrician husband, Michele Mattei (Kaspar Capparoni, Il Commissario Rex), accused of killing a coworker.

An intriguing six-part crime drama with a murder mystery arc, Donna Detective is shown in Italian with English subtitles. 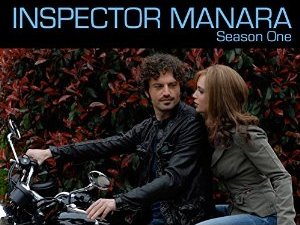 Crime drama meets romantic comedy in Inspector Manara, which stars Guido Caprino (1992, War Story) as Luca Manara, the charming, motorcycle-riding, saxophone-playing new police chief in the Tuscan region of Maremma. He isn’t what the local cops expect, not the least of whom is Detective Lara Rubino (Roberta Giarrusso, Don Matteo), another recent arrival from Milan who happens to be an ex-girlfriend of Luca from the police academy.

Their personal relationship aside, murder investigations force them to work together, with help on their cases from crackpot cops Toscani (Augusto Fornari, To Rome with Love) and Sardi (Lucia Ocone, La Buca), coroner Rosmini (Jane Alexander, The Soul Keeper), and even Lara’s Aunt Caterina (Valeria Valeri, Io e Caterina).

Light, humorous, and engaging, Inspector Manara: Season 1 consists of twelve episodes that are shown in Italian with English subtitles. 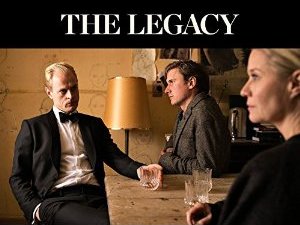 The winner of several best series and actor awards and a Nordic audience favorite, The Legacy is a not-to-be-missed Danish drama that centers on the battle for the estate of a renowned and eccentric artist, waged by her three eldest children against her youngest, in the first season.

More secrets come to light in the aftermath of the dying woman’s deathbed wishes, and more troubles arise for her offspring and their intimates when grudges and desperation drive their actions. (For further details, including the top-notch cast, read “The Legacy: Megahit Danish Drama Premiering in the US.”)

The ten-episode Season 1, shown in Danish with English subtitles, is deep, intense, and gripping in its depiction of human foibles and personal integrity, love and resentment, responsibility and recklessness. It is also quite worthy of binge-watching. 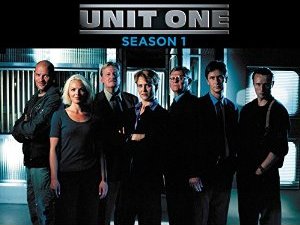 This police procedural follows the members of the eponymous mobile national crime squad as they travel throughout Denmark in a tricked-out trailer to investigate (based-on-real-life) crimes. Some are solved with fewer issues than others, but life spent tracking down criminals in a city here and another there can be tough.

The charming go-to guy for just about everything else, DI “I.P.” Sørensen (Waage Sandø, 1864), ends up having a few relationship challenges, as do lovebirds Gaby Levin (Trine Pallesen, The Killing), Unit One’s logistics manager, and Johnny Olsen (Lars Bom, Max), the soccer pro turned trailer driver. And for senior police official Ulf Thomsen (Erik Wedersøe, The Kingdom), promoting Ingrid was a good move, but another, more personal move is much less so (at least from one person’s perspective).

All 32 episodes of Unit One — one of my favorite Euro TV shows of 2014 — are shown in Danish with English subtitles. 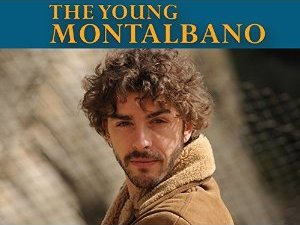 In this prequel to the iconic Italian mystery series Detective Montalbano, Michele Riondino (Leopardi, Ten Winters), winner of the EFP Shooting Star award at the 2010 Berlin International Film Festival, stars as the newly-promoted police chief Salvo Montalbano, who is reassigned from his post in the mountains to his hometown, the (fictional) seaside town of Vigata.

Murders and other crimes committed in and around the quiet and (relatively) peaceful Vigata keep the young Montalbano and his (ultimately long-time) colleagues Fazio (Beniamino Marcone, I Cesaroni), Augello (Alessio Vassallo, Borgia), and Catarella (Fabrizio Pizzuto, Baarìa) busy. But not too busy for Salvo to meet and begin dating Livia (Sarah Felberbaum, Caravaggio).

The actors may be different, but the six episodes of The Young Montalbano, shown in Italian with English subtitles, are as much a treat as those of its ever-popular namesake series.

Euro TV Dramas from Denmark and Italy Now Streaming in the US
Tagged on: Amazon Video    Donna Detective    Inspector Manara    streaming    The Legacy    The Young Montalbano    Unit One