Stateside Euro TV fans are in for a treat with Look of a Killer, a Nordic noir crime drama from Finland that makes its US premiere this evening.

Adapted from the novels by the acclaimed Matti Rönkä

(the only Finnish author to have won the prestigious Glass Key Award), Look of a Killer (Tappajan Näköinen Mies) stars Jussi Awards nominee Samuli Edelmann (Mission: Impossible: Ghost Protocol, Johan Falk: National Target, Private Eye Vares) as Viktor Kärppä, who, according to the Russian Army, has the look of a killer.

If that’s the case, then killers have burly frames, intense gazes, and Nordic good looks. (Not to mention nerves of steel. And charisma.) Fair enough. Except Kärppä isn’t a killer. He is, though, a former Soviet Special Unit agent and soldier who fought in Afghanistan. One who can bench press a couple hundred pounds and shatter another man’s larynx in a nanosecond, but who can’t outrun his past on either side of the Finland/Russia border. 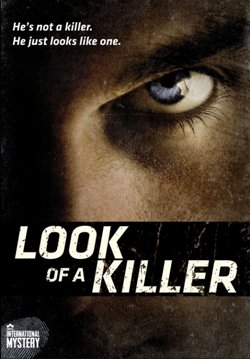 Now transplanted from Sortavala to Helsinki, Viktor makes his living as an entrepreneur. His business: being a private investigator and also a business facilitator for Russian migrants. He sums up his work in one word on his business card: Agent. (Pithy!)

Kärppä isn’t your run-of-the-mill businessman, but he longs for an average, low-key life, particularly after meeting and falling in love with Marja Takala (Maria Ylipää). This dream, though, is constantly thwarted by both Finns and Russians, gangsters and police, who, with few exceptions, know more about Viktor’s past and present than is good for him.

Detective Terho “Teppo” Korhonen (Martti Suosalo) is one such person. For the witty and cynical Finnish cop, Viktor is a friend and an important contact, especially when one, the other, or both of them must deal with drug smugglers, kidnappers, extortionists, and other criminals from Finland, Russia, and Estonia.

Others in Kärppä’s inner circle are: Valeri Karpov (Sesa Lehto), a childhood friend and the only Russian that Viktor trusts with his life; Oksana Pelkonen (Katja Kukkola), a Russian immigrant that he took under his wing, made his office manager/secretary/accountant, and developed a sisterly relationship with; Aleksei Kärppä (Ville Haapasalo), Viktor’s ne’er-do-well brother who follows in his footsteps and leaves Sortavala to start life anew in Finland; and his and Aleksei’s mum (Vieno Saaristo).

Shown in Finnish with English subtitles, Look of a Killer premieres tonight, 3 March 2015, at 9 PM ET, on MHz Worldview and MHz Live.