With the third and final season of Wallander, fans bid farväl to Sweden’s most famous detective and a program that put Nordic Noir TV on the map in the US and UK.

completed its run on MHz Networks in the US several weeks ago and in the UK on BBC Four this past Saturday. That there is no more Wallander to look forward to is a sad fact.

As much a character study as it is an exploration of Sweden’s social issues wrapped inside a crime drama, the final season of Wallander finds Kurt Wallander (Krister Henriksson) the same detective we came to know and respect over the previous 26 episodes, and a man who has welcomed some life changes while battling another in the final six.

He is still the ace detective wih offbeat methods of getting at the truth and a disregard for rules that continues to drive his boss and fellow cops mad. Regardless, no one else at the Ystad Police gets the criminal mind or captures the culprits the way Kurt does.

Daughter Linda Wallander (Charlotta Jonsson) is back in Ystad and working with Kurt again, and their relationship on and off the job has mostly mellowed from their days as distant father and angry daughter.

Spending time with Linda and her husband Hans (Leonard Terfelt), and being a doting grandpa to their daughter Klara (Signe Dahlkvist), has helped Kurt to brood less and experience joy more as he rights some of the wrongs of his past.

Something else is up, though. More than one something, actually. Drink seems to have gotten the better of Kurt — a serious matter unto itself, made more so with Martinsson (Douglas Johansson) angling for his job. Then there’s Kurt’s forgetfulness.

opens with “The Troubled Man.” A body has been recovered from the waters of the Stockholm archipelago, where during the Cold War depth charges were exploded in an attempt to raise a submarine that had wandered into Sweden’s waters. Meanwhile, Kurt is at a celebration dinner in honor of Hans’ father, retired naval commander Hakan von Enke, who abruptly leaves to tend to an urgent matter.

Before heading home, Kurt stops for a nightcap. Upon realizing in the morning that he left something at the bar, he is in a bit of a panic to retrieve it, but it’s too late. And there are repercussions, namely forced time off. No longer on duty, Kurt takes the opportunity to be in (unofficial) action when Linda asks him to find her missing father-in-law.

In “The Missing,” eight-year-old Ellie bikes to school while her parents are in the throes of a heated argument about custody and responsibility. Then she disappears. Both parents are suspects, but they have no motives and seemingly airtight alibis.

With his suspension lifted, Kurt is back on the job. The police search has turned up little evidence and no Ellie, so Kurt keeps digging. What he finds seems eerily familiar and triggers the memory of an unsolved case from a decade earlier. This prompts him to ask someone related to that case for help, someone who has loathed Kurt for ten years.

“The Betrayal” focuses on the murder of Julia, whose daughter Amanda reported as missing. The victim’s husband, a successful motivational speaker estranged from Amanda, had planned to divorce his wife for another woman. A suspect in the killing, he also becomes a target. Information about a builder who worked at the house makes him a suspect, too, despite no evidence of his having been there.

Kurt’s short-term memory has been lapsing and affecting his life in matters large and small, including his burgeoning relationship with Bea, Karla’s teacher. Martinsson notices and suspects there is more to what’s going on with Kurt than Kurt is letting on.

In “The Loss,” Bea sees a dead body in the dirt while out with her charges. Pathologist Nyberg (Mats Bergman) suggests the young female victim was an Eastern European prostitute, and leads link her to a modeling agent. Kurt’s investigation into the victim’s identity brings him to a respected local doctor and then takes him to Moldova.

Kurt also undergoes an assessment of his cognitive abilities. His memory lapses are occurring more frequently and becoming more life-endangering for himself and others. As he awaits news about his brain health, Linda has news of her own.

“The Arsonist” finds young Tommy up against hostile locals, a callous brother-in-law, and life as a convicted arsonist when he moves in with his sister and her family after serving five years of detention. So when a kiosk gets torched and the owner gets trapped and killed inside it, Tommy is the prime suspect.

Kurt’s attempts to help the fragile yet rebellious Tommy are rebuffed, and those to help himself succeed little. Try as he might, he can no longer hide or explain away his illness.

And in “The Man Who Wept” (“The Sad Bird” in the UK), the last ever episode of Wallander, it is a sad time. The Christmas season brings news that the Ystad Police will merge with and relocate to the Malmö office and staff reductions will be made.

For the detectives, there is still work to be done in Ystad. Paulo Salino, a restauranteur and suspected “Teflon don” in the illegal drug trade, has been kidnapped at gunpoint. Kurt partners with Malmö officer Jenny Blom to find Salino, while she conducts her own investigation into the abductee’s involvement in the death of her partner. As Kurt delves further, he discovers fellow officers are connected to the crime.

After all is said and done on the case and the move to Malmö, Kurt Wallander offers his partings words and we get our final glimpses of him.

Krister Henriksson gives a powerhouse performance as Kurt Wallender in Season 3 — one that leaves viewers with both a sense of heartbreak and hopefulness, and one that is not to be missed.

The DVD for Wallander 3 is now available in the US 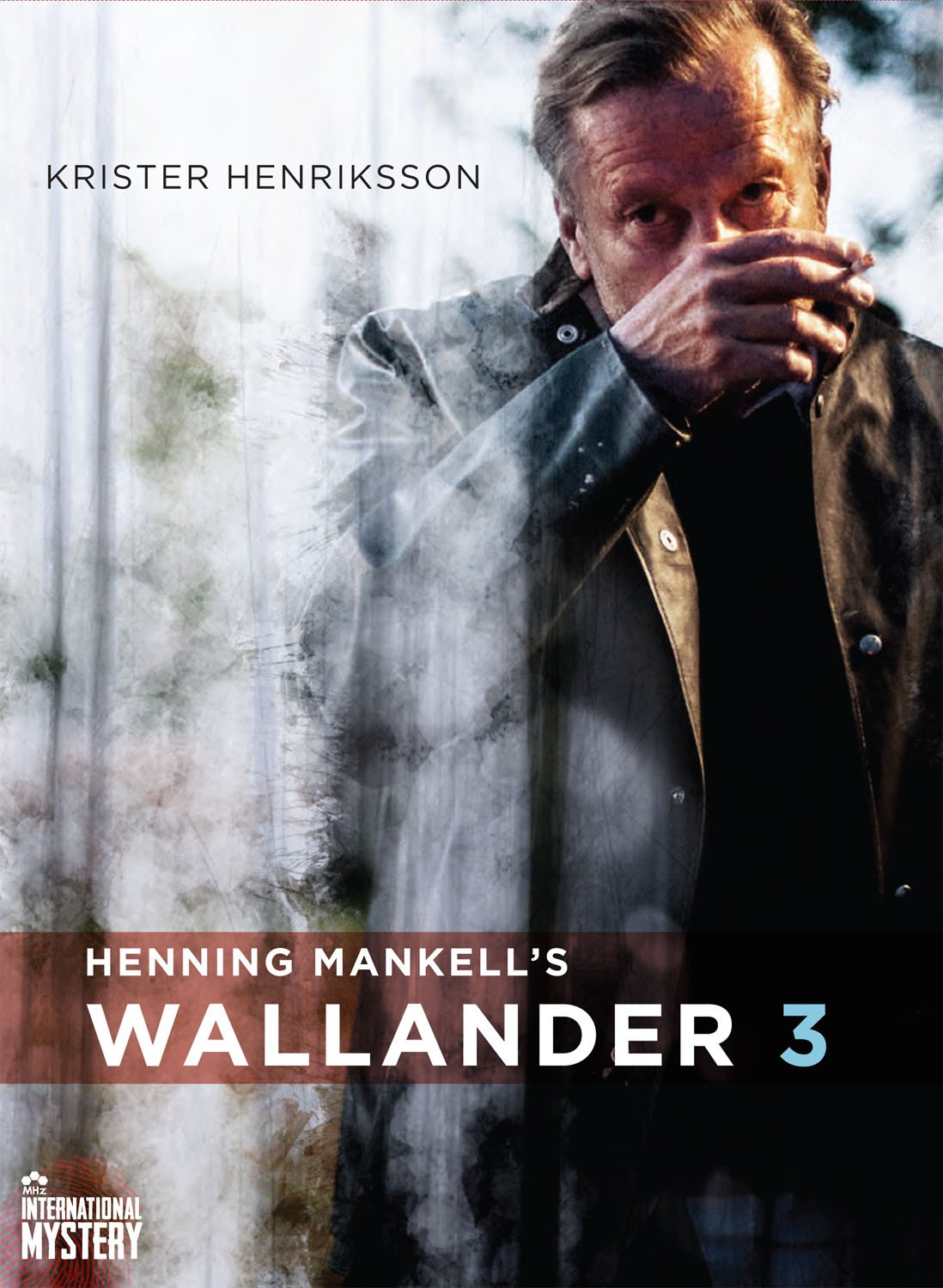 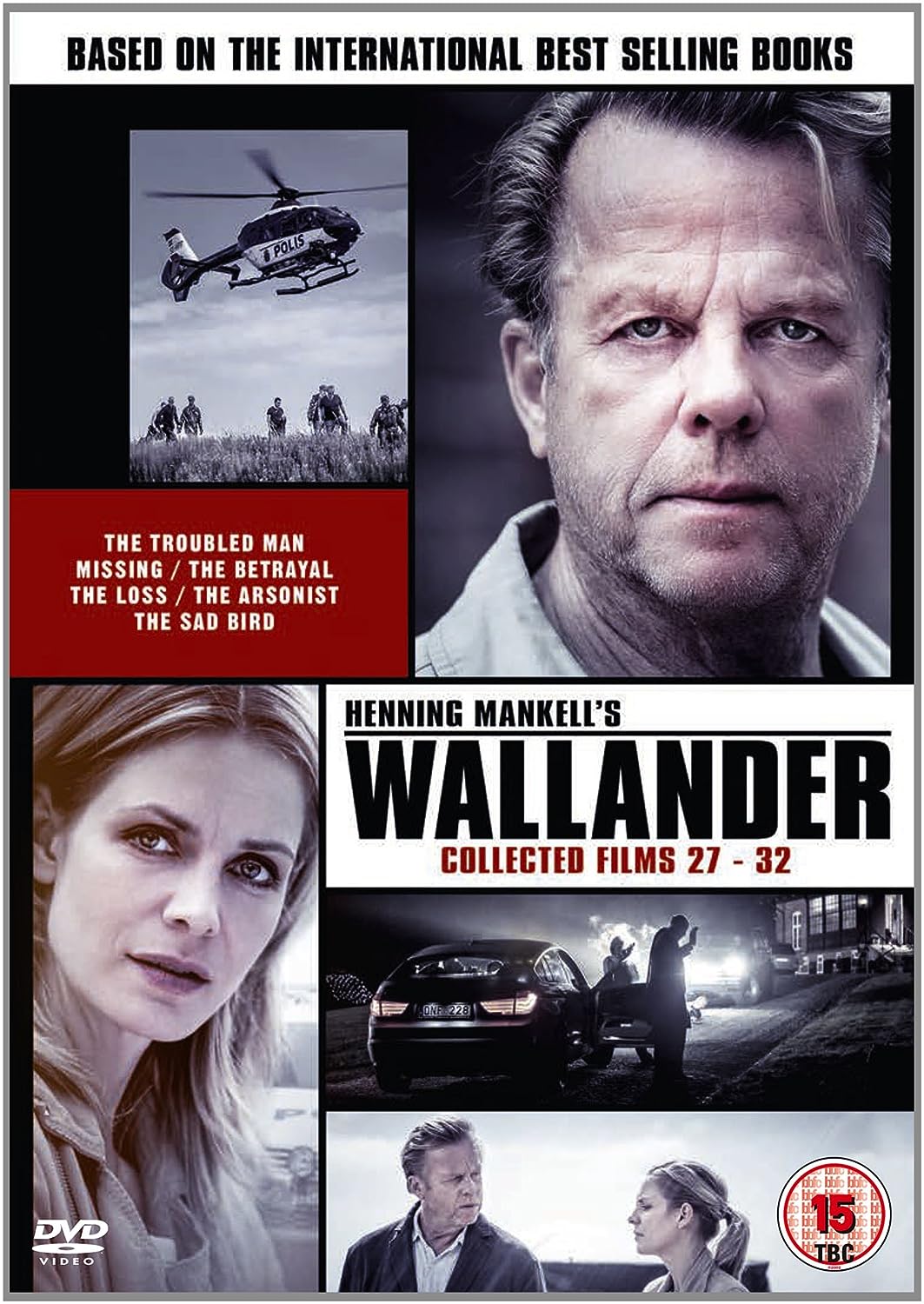