C’est le quatorze juillet, better known as Bastille Day across the pond and the channel. And what better way to celebrate the 225th anniversary of the Storming of the Bastille than to grab a bottle of champagne, your favorite French edibles, and an episode or two (more if you plan to binge-watch) of French television programs!

The Storming of the Bastille in Paris, the event that kicked the French Revolution into high gear, isn’t the subject of any of the shows covered here today. Instead are English-subtitled French-language programs that feature a different kind of war — the war on the streets — as well as mysteries and supernatural goings-on.

Paris, one of the top travel destinations in the world, is also a hotbed of criminal activity in the French crime dramas Braquo and Spiral.

Called “France’s answer to The Wire” by The Telegraph, 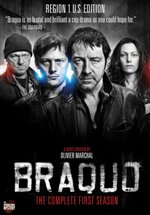 stars French superstar Jean-Hugues Anglade (Queen Margot, La Femme Nikita) as Eddy Caplan, one of four police officers whose lives get turned upside down and inside out after another colleague, Max, is wrongfully accused of misconduct committed during an interrogation and commits suicide.

The four, including Théo Vachewski (Nicolas Duvauchelle, The Well-Digger’s Daughter), Walter Morlighem (Joseph Malerba, Rosemary’s Baby) and Roxane Delgado (Karole Rocher, Polisse), cross “la ligne jaune” (the yellow line) to prove Max’s innocence, all while being pursued and persecuted themselves by Roland Vogel (Geoffroy Thiebaut, Plus Belle la Vie) of the Internal Affairs division as they continue to investigate crimes on the streets of Paris.

is packed with action and gives an unflinching look at the ways both criminals and police work to circumvent the system of law and order. Many of the scenes are just brutal and not for those who don’t take kindly to depictions of violence; however, it would be unfair to label them as gratuitous since the full impact of the stories couldn’t be achieved without them.

You can watch the first two of Braquo‘s three seasons exclusively at Hulu/Hulu Plus. 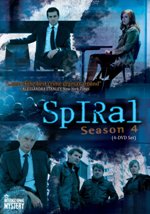 For another equally-charged and gritty look at law and order in and around Paris, there’s the international hit crime drama, Spiral

Meanwhile, the Assistant Prosecutor with integrity, Pierre Clément (Grégory Fitoussi, Mr. Selfridge), and the attorney (mostly) without morals, Joséphine Karlsson (Audrey Fleurot, The Intouchables ), find themselves on opposite sides in the courtroom, prior to establishing (and later dissolving) their own law firm (and intimate relationship).

And all of them work under advisement from Judge François Roban (Philippe Duclos, Tous les Matins du Monde), the aloof, cold, and lonely examining magistrate who oversees investigations. That is, all except for Karlsson, who would do better if she took professional advisement, period.

Each season consists of several parallel arcs that revolve around criminals of all sorts, from murdering gangs and serial killers to corrupt politicians and businessmen. Beyond the good guys versus bad guys, Spiral

also gets into the nitty-gritty of how being a part of the criminal justice system affects the characters and their personal lives. It isn’t pretty.

But the series is fabulous. As of this writing, you can catch the first four seasons of Spiral at these streaming services: 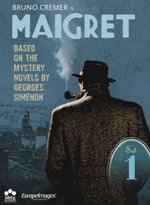 If noir mysteries are more your style, then look no further than to the French Maigret series, adapted from the stories by Belgian novelist Georges Simenon.

While audiences in the UK and US might be more familiar with the British Maigret series starring Michael Gambon,

the French series is darker in tone and atmosphere, and Bruno Cremer (Under the Sand) plays the early 20th-century pipe-smoking Commissaire Maigret as a more cynical, dour, and intense man.

Of Simenon’s 75 novels and 28 short stories featuring Maigret, Cremer starred in 54 adaptations for television, all of which are now available on nine DVD sets.

You can stream the first six episodes in the US exclusively at the MHz Networks website. 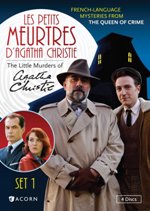 Several of Agatha Christie’s mystery novels have also been adapted for French television, and these are under the title of Les Petits Meurtres d’Agatha Christie.

Seven episodes are available for streaming in the US at Acorn TV and Amazon Instant Video.

They include adaptations of Christie’s The ABC Murders, The Body in the Library, Cat Among the Pigeons, Ordeal by Innocence, Peril at End House, Sad Cypress, and They Do It with Mirrors. 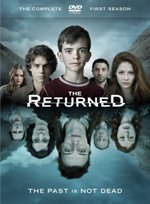 Lastly, for a bit of super-scary supernatural telly, I highly recommend the 2013 International Emmy Awards winner for Best Drama, The Returned

(Les Revenants). This show was so freaky-creepy and gripping that I binge-watched the entire first season over two evenings (and had nightmares for several more).

The living, breathing, walking dead of The Returned are not your usual zombies, even if they are hungry (for human food, not humans as food) all the time. Each of them has been dead for years, although they don’t realize that they’ve been dead, so they basically pick up where they left off when they were alive. Needless to say, their loved ones have the shock of their lives when their dearly departed suddenly reaapear.

(The worldwide popularity of The Returned

prompted a US remake of the same name, which is slated to debut in 2015. This remake is not to be confused with the American supernatural drama Resurrection, which has a very similar premise.)

To get your hair-raising and goose pimple-inducing French TV on, visit Amazon Instant Video,

where all eight episodes of The Returned are currently available for streaming.

And while the following French television programs are not currently available on telly or via streaming in the US, you might want to check them out on DVD. 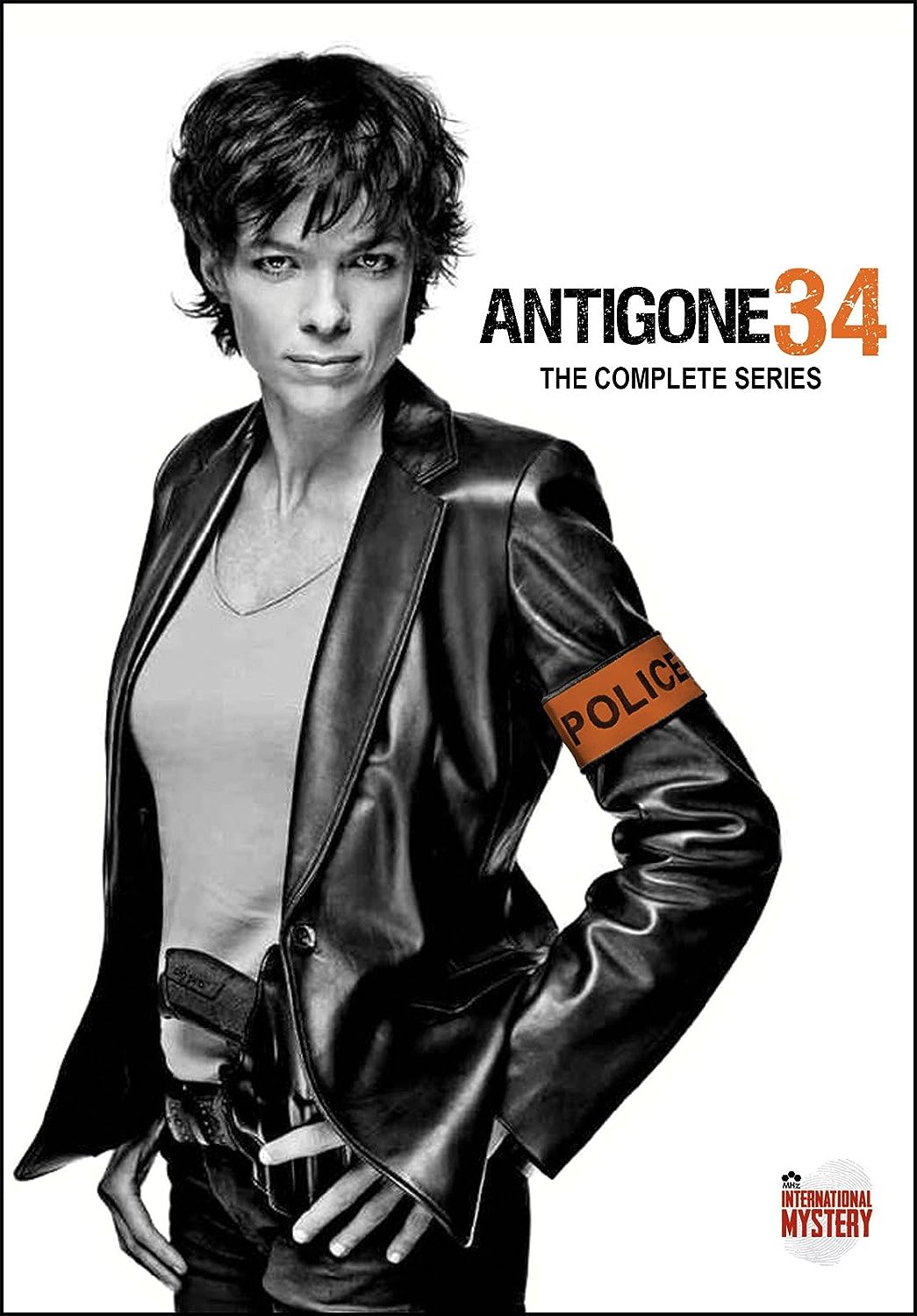 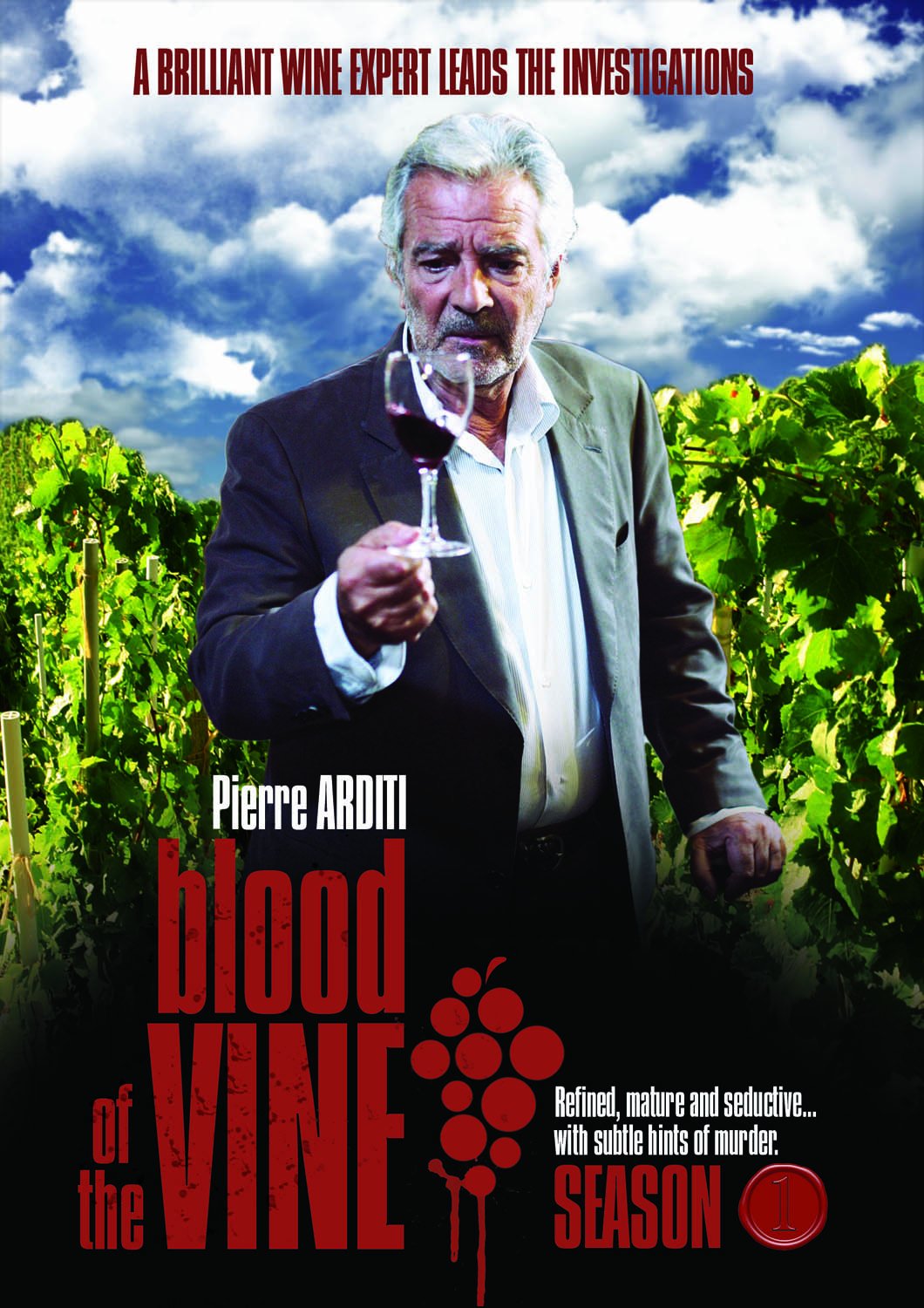 Blood of the Vine 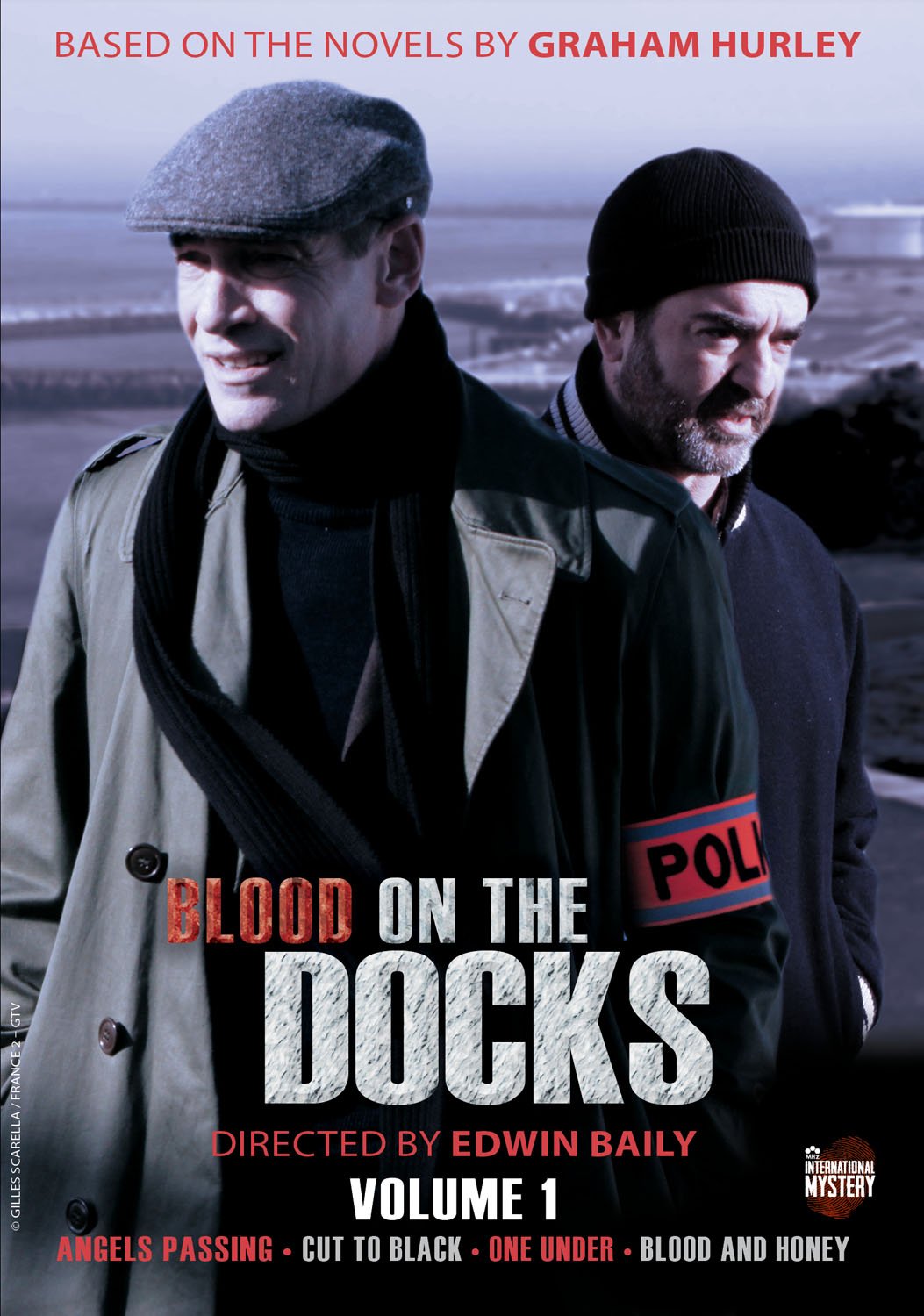 Blood on the Docks 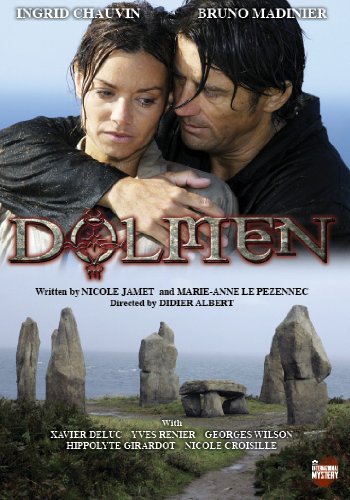 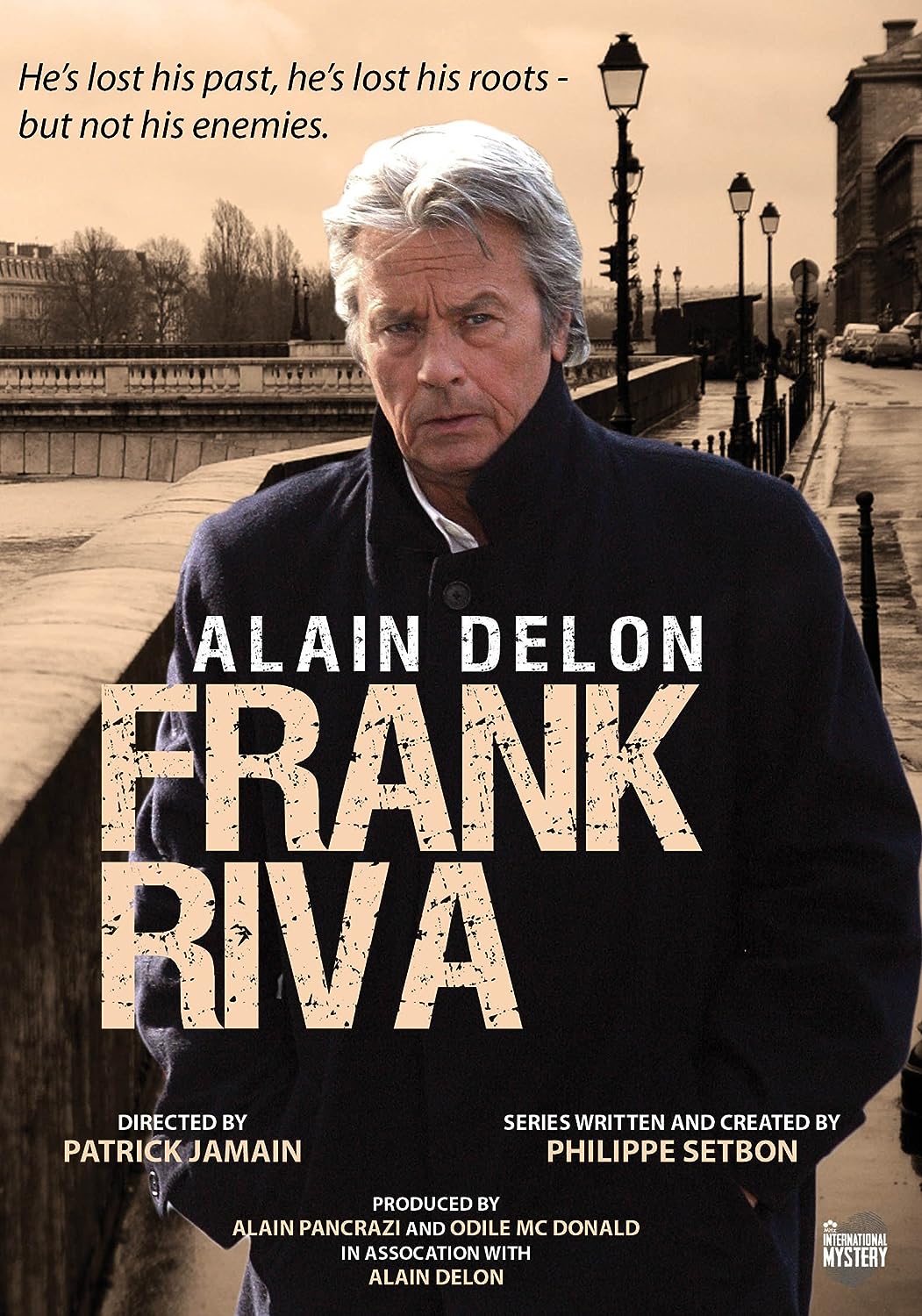