Topic released today the English-subtitled trailer for the 1980s-set crime thriller The Spectacular. Check it out. 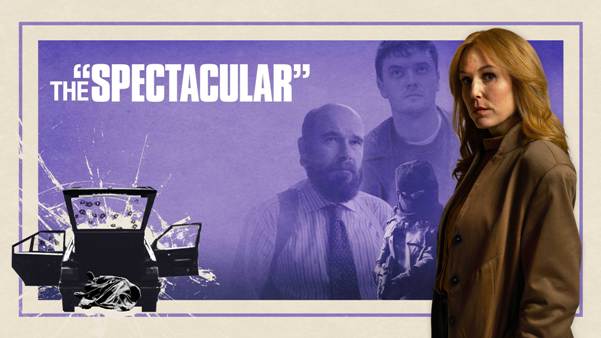 Based on a true story, The Spectacular follows the criminal investigation by Dutch police into a series of violent IRA attacks on British soldiers stationed in the international border region of Limburg, an area in the Netherlands that borders Belgium to the west and (what was in the 1980s) West Germany to the east. Leading the investigation is Detective Jeanine Maes (Hadewych Minis, Van der Valk, Borgman), who has a tough time with it, owing to the lack of cooperation from the Belgian and German authorities.

But Jeanine presses on. As more attacks occur, her hunt for the culprits continues — bringing her face-to-face with her main suspect: the ruthless and extremely dangerous Fiona Hughes (Aoibhinn McGinnity, Smother, Love/Hate), the only female member of the IRA cell responsible for the attacks.

Will Jeanine risk disrupting the peace process between Britain and Northern Ireland with her obsessive pursuit of Fiona? And will Declan’s rift with Corey mean it’s down to him to show that the IRA are still as powerful as they were ten years ago?

The Spectacular premieres in the US and Canada in its four-episode entirety on Thursday, December 15, exclusively on Topic and its digital channels, including Topic on Amazon. (You can add it to your watchlist now.)