With Part 1 of the fifth and final season of hit period drama Cable Girls having arrived this past Friday, lets look at the new series and movies Netflix has coming from Spain. 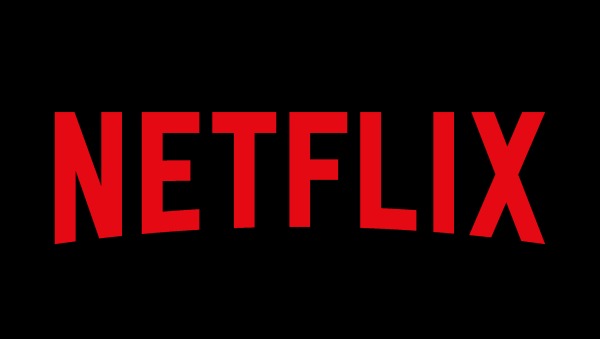 The upcoming slate of Netflix programs from Spain includes four new series and three new films, each of which will premiere globally in the streaming giant’s 190+ territories.

This documentary feature explores the global phenomenon around Money Heist, the worldwide hit created by Álex Pina. It will be released on April 3rd to coincide with the global premiere of Money Heist: Part 4.

Jaguar is a period drama set in 1960s Spain, where hundreds of ex-Nazis are hiding out. Isabel Garrido (Blanca Suárez, Cable Girls, The Boat, The Boarding School), a young Spanish woman who survived the Mauthausen concentration camp, is also here — not to hide but to find Skorzeny, known as the most dangerous man in Europe. While searching for him, Isabel learns others are looking for Skorzeny, too, so she joins with other Nazi hunters who are out for justice. Her code name: Jaguar.

Sing On! is a new unscripted musical competition series in which six contestants test their skills in singing popular songs. The prize money builds — up to €30,000 — as those who prove they’re in tune move on to each successive phase of the competition. The series will debut in 2020.

As yet untitled series

Currently under development is the first series created by Daniel Sánchez Arévalo (Family United, Traumalogía), a story about overcoming and friendship that will be produced by Atípica Films.

The above four titles join the three already-announced series below, which will launch on Netflix next fall.

Based on Harlan Coben‘s best-selling suspense thriller novel of the same name, The Innocent stars Mario Casas (Hogar) and Aura Garrido (The Ministry of Time) as Mateo and Olivia, a couple who will have to rebuild their lives again after receiving some disturbing and surprising news.

One night nine years ago, Mateo tried to break up a fight and ended up becoming a killer. Now he’s an ex-con who takes nothing for granted. His wife, Olivia, is pregnant, and the two of them are about to get the house of their dreams. But a shocking and inexplicable call from Olivia’s cell phone destroys Mateo’s life for the second time.

Created by Carlos Montero (Elite) and based on his own award-winning novel of the same name, The Mess You Left Behind is a thriller set in rural Galicia. Its dual timelines weave together the stories of two teachers, Raquel (Inma Cuesta, Criminal: Spain) and Viruca (Bárbara Lennie, Isabel).

Raquel is the new teacher who’s just arrived at the high school in the village where her husband grew up. She soon learns that Viruca, the teacher she replaced, had a tragic ending. So Raquel starts her own investigation to find the truth about what really happened, and in the process gets entangled, like Viruca, in a spiral of threats, lies, and mysteries that will change many lives forever.

Someone Has to Die (Alguien tiene que morir)

Set in 1950s Spain, Someone Has to Die is a three-part series whose story starts with a young man who, after being called by his parents, returns home from Mexico to meet his fiancée. How surprising, then, that he arrives accompanied by Lazaro, a mysterious ballet dancer.

Created and directed by Manolo Caro (The House of Flowers), Someone Has to Die is co-written by Fernando Pérez and Monika Revilla. A production of Noc Noc Cinema, the series is produced by Rafael Ley, María José Córdova, Carlos Taibo, and Manolo Caro.

The three films below are set to go into production in 2020.

In this comedy feature directed by Paco Caballero (Welcome to the Family), Quim (Quim Gutiérrez, The Neighbor) is a young man who’s just been left at the altar. If that wasn’t bad enough, his mother (Carmen Machi, Criminal: Spain) decides to join him on what would have been his honeymoon so as not to lose the money. While he’s feeling utterly miserable, she’s having the time of her life.

Adapted from the first book in Elísabet Benavent‘s “Canciones y recuerdos” series of novels (currently available in Spanish only), Fuimos Canciones will be released in 2021.

As yet untitled film

Currently in production is this new movie, a romantic comedy, from director Dani de la Orden (Elite). After a magical night together, Adri (Álvaro Cervantes, Drug Squad: Costa del Sol) voluntarily admits himself to the psychiatric facility where Carla (Susana Abaitua, I Know Who You Are) is living, so he can spend time with her again.