Seldom does one get to watch a Shakespeare play performed in a language other than English in the UK and US, but you can at Globe Player. And not just a single play, but several. 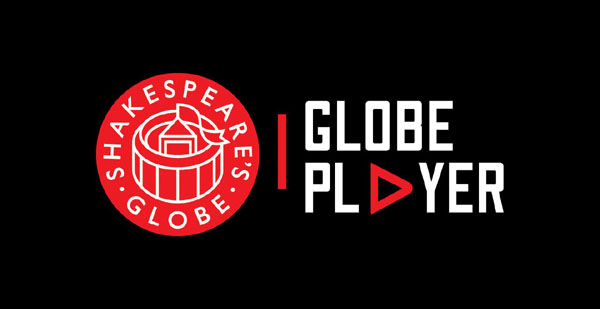 The play’s the thing, although here I’m not talking about exposing what lies in your conscience, but exposing you to what is available on Globe Player, the online video portal of Shakespeare’s Globe Theatre.

It is at Globe Player that fans of The Bard can access filmed Globe productions of his plays, including those performed in French, German, Italian, and Castilian Spanish, amongst other languages.

As far as I know, the foreign-language productions are not available on DVD, but only as digital downloads from Globe Player. Here are a few of the selections:

Given who and what Henry VIII was — King of England, the monarch who separated the Church of England from the Roman Catholic Church, the royal husband who ordered the execution of two of his six wives — it’s little wonder that the larger-than-life Henry VIII became the subject of one of William Shakespeare’s plays. His last, in fact, performed for the first time in 1613. Four hundred years later, Rakata, Madrid’s premier young classical company, re-imagined Shakespeare’s Henry VIII from a Spanish perspective.

In Rakata’s Henry VIII, the King wants to divorce Spain’s Catalina (Katherine) of Aragon, believing their marriage to be unlawful as he has no male heir as evidence of its legitimacy. There’s also his thing for the young Ann(e) Boleyn, whom he is intent on marrying. Tasking his closest advisor, Wolsey, to gain the Pope’s permission in these matters gives the Cardinal’s detractors the ammunition they need to be rid of him. Suddenly exposed for his machinations and underhanded deeds, Wolsey falls out of Henry’s favor, which ushers in a new chapter in Britain’s religious history.

“Amici, Romani, cittadini, ascoltami” isn’t the Latin of Julius Caesar’s times, but the Italian translation of “Friends, Romans, countrymen, lend me your ears” does have a nice ring to it. And it is a line spoken not by Caesar, a secondary character in the play named after him, but by his loyal friend Marc’ Antonio (Mark Antony).

Prizewinning playwright Vincenzo Manna’s new translation of Shakespeare’s Julius Caesar was first performed by La Compagnia Baracco/Cupaiuolo, under the direction of Andrea Baracco with his collaborator, the actor Giandomenico Cupaiuolo, as Bruto (Brutus), at the ancient Teatro Sociale di Gualtieri in the north of Italy, followed by performances at the prestigious Teatro di Roma, before being staged at the Globe.

In Baracco’s production, a victorious Caesar’s return to Rome from war is met with bad omens and bad blood from Bruto and his republican allies. The cadre resolves to remove the virtual dictator Caesar from power by assassinating him. On the Ides of March. And they do. However, the loyal Marc’ Antonio turns the public against the conspirators with his “Amici” speech at Caesar’s funeral, and a battle between the assassins and the forces of the new power bloc led by Marc’ Antonio and Caesar’s nephew Ottaviano (Octavius) ensues.

Timon of Athens — Performed in German with English synopsis

The more things change, the more they stay the same. As in hedonism, greed, betrayal, and misanthropy. Ripe themes for a play, if ever there were any. And so it was that, roughly 2000 years after the life and death of the actual Athenian Timon, Shakespeare wrote another biographically-based play: Timon of Athens.

The Bremen-based Bremer Shakespeare Company, which has toured throughout Europe and Asia and staged more than 40 Shakespeare productions in their home by the Weser River in northwestern Germany, performed The Merry Wives of Windsor on the building site of the Globe Theatre in 1993. It returned 19 years later for its “bold, wild, and bouncy” production of Timon of Athens.

Timon is an exceedingly generous man with a bad habit of spending recklessly on his friends, a trait that is disconcerting and concerning to his loyal servant Flaminius (Flavius). Then Timon’s fortunes run out, and his creditors demand the money he owes them. But he can’t pay, his so-called friends refuse to lend him the money, and Flaminius’ fears are realized. Disillusioned by his false friends and human nature, Timon flees to the wilderness, where he wallows in hatred for the people and the city he once loved until his death.

Much Ado About Nothing — Performed in French with English subtitles

Much Ado About Nothing (Beaucoup de Bruit pour Rien) happens to be one of my favorite Shakespeare plays — one, because it’s Shakespeare; two, because I love a good comedy and a love story with a happy ending; and three, because Much Ado is so utterly brilliant, regardless of the language in which The Bard’s words are spoken.

Clément Poirée’s Hypermobile company first performed Much Ado About Nothing in 2011 at the famed Théâtre de la Tempête, housed in the converted munitions production facility of La Cartoucherie, located in the Bois de Vincennes in the 12eme Arrondissement of Paris. Their 2012 production at the Globe in London garnered a 4-star review by The Guardian.

The Hypermobile production is set at an Italian restaurant and revolves around two couples: Claudio and Hero, and Benedict and Béatrice. The first two are in love and show it; the second two are, too, except they exchange barbs rather than coos, so as not to admit their love for each other. Unfortunately, one of Benedict’s compadres is a dastardly fellow, whose wicked mischief leads to much distress and Benedict’s vow to avenge the wrongdoing.

Whether you’re a Shakespeare or theatre enthusiast or not, watching any of Shakespeare’s plays in a non-English language is a real treat for anyone who enjoys foreign-language entertainment fare.

In addition to the above plays, others are available in more European languages, as well as various Asian languages, Latin American Spanish and Portuguese, and Maori, and even British Sign Language. (And, of course, in Shakespeare’s English.) To see all of the offerings, visit the Globe Player website.