Of the ten “Intercrime” novels written by Arne Dahl, five have been adapted into ten television episodes that make for fifteen hours of viewing. Intense, gripping viewing.

Given that I haven’t read any books by Arne Dahl, the pen name used by Swedish author Jan Arnald for his crime fiction titles, I can’t speak to how faithful the television episodes are to his novels. But now that I’ve watched the DVD of the five “Intercrime” adaptations known collectively as the Arne Dahl series, I can only surmise that, even if changes were made to the plotlines and characters, the books must be page-turners.

an ensemble crime drama, does what noir series are known for: delivering character studies and examinations of societal issues through the action of police investigations. The lives of the main characters — the six members of A Unit, an elite team of detectives headed by Jenny Hultin (Irene Lindh, Anna Holt – Polis), a veteran of Sweden’s National CID — are the arcs that thread each story to the next.

Paul Hjelm (Shanti Roney, The Eagle), a well-respected cop and married father of two, has a good relationship with his wife and a challenging one with his teenage son. Fellow husband and dad of five young ones, Aarto Söderstedt (Niklas Åkerfelt, Where Once We Walked), is the out-of-the-box thinker that Hultin relies on to come up with possible motives for the crimes they investigate.

Computer expert Jorge Chavez (Matias Varela, The Borgias) is a jazz enthusiast, single, and a bit of a lady’s man. Also unattached are the solitary interrogator Kerstin Holm (Malin Arvidsson, Psalm 21), the only female on the team aside from Hultin; strongman Gunnar Nyberg (Magnus Samuelsson, The World’s Strongest Man), who hasn’t seen his two children in 15 years and is committed to never marrying again; and the slightly awkward, long-time desk jockey Viggo Norlander (Claes Ljungmark, Wallander).

We meet them in Misterioso as five incidents occur within days of each other. A man is killed by a dart through his skull during a botched bank heist. Another, a shotgun-wielding immigrant holding hostages, is shot and wounded by Hjelm. And three high-level financiers are murdered at their homes. While Internal Affairs is questioning Hjelm, Hultin pulls him out and offers him a choice: join A Unit or go back to the interrogation room.

The other five cops have already signed on with A Unit, and their first assignment involves finding the link between the financiers and solving the case quickly. But another is murdered in the same fashion, with bullets traced to a gang of Estonians. Leads point to an extortion-for-protection scheme until the killer strikes again, although this time there is a clue: a CD of a one-of-a-kind recording of Thelonius Monk’s Misterioso album. This lead, coupled with information gathered in Estonia and Sweden, ties the financiers’ murders to the one at the bank in an unexpected way.

In Bad Blood, a Swedish man suffers an agonizing death at the hands of a man he met at Newark Airport. It turns out the latter is the Kentucky Killer, a serial killer that the FBI has been after for 30 years, even though he supposedly died in a car crash more than a decade before. The A Unit is called in to catch him at Stockholm’s Arlanda Airport, but he eludes them and begins his killing in Sweden in the same tortuous manner: with a special tool developed by US Special Forces during the Vietnam War. But why is “K” in Sweden? Hultin finds out when her FBI contact, Ray Larner (George Harris, Black Hawk Down), shares his suspicions with her in New York.

At the same time, a trio of Muslim refugees is hiding out in Gotland, waiting for a boat to arrive. Who they are, where they are headed, why a husband-and-wife team of politicos is aiding them, and how they are connected to the serial killer are plaguing questions whose answers don’t get revealed until the very end.

Three Swedes – a man, woman, and young girl – are killed when their car explodes near Amsterdam in To the Top of the Mountain. During their investigation, A Unit learns that the male victim was a drug squad cop who was working undercover at Goose Restaurant, and that Eskadron, a gang involved in drugs and, more recently, art thefts, is known to use the same type of explosive that killed the Swedes.

What A Unit doesn’t know is that celebrity chef and Goose owner, David Billinger (Jacob Nordenson, The Girl Who Kicked the Hornets’ Nest), owes Eskadron 3 million kroner, ostensibly for the Miró painting now hanging on his office wall. Everything goes to hell in a breadbasket after the money is stolen, the restaurant is bombed, and an ugly truth is revealed to be the motive behind much of the carnage.

A boy and his parents go missing in Many Waters, and Hjelm and Holm are tasked with interrogating Dag Lundmark, a cop who fatally shot an illegal immigrant who happened to be the son of a Nigerian government minister. The thing is, Holm and Lundmark have a history.

While on a break from questioning, Lundmark disappears and Holm goes on leave, as she is still grieving a loss. But when he begins leaving her cryptic messages, she pursues him on her own while the rest of the team tries to find the missing boy, whose parents have turned up dead, and to establish a motive for Lundmark’s actions. The investigations seem to be going nowhere until they get a valuable piece of information from an unlikely source.

And in Europa Blues, an elderly Jewish man is brutally murdered at a cemetery where a group of young Neo Nazis had been defacing gravestones. When a partially-eaten corpse is discovered in the wolverine area of the Skansen Zoo, A Unit has two cases to solve, but Hultin has a bigger problem: she has a week to decide which three members of her team will be reassigned after budget cuts demand a reduction in A Unit’s size.

Things get more complex when five of the six women who had escaped from a hotel for immigrants and asylum seekers are gunned down in their car, the sixth goes on the run from the assassins, and A Unit discovers that one of the women had called the mobile phone found at the cemetery.

From their introduction through their final moments in the series, the A Unit detectives experience everything from physical injuries and personal tragedies to new beginnings and renewed connections, and seeing their personal tales played out in equal measure to the crime storylines was a welcome departure from most crime series, even other Scandinavian ones.

Yet like others within the Nordic noir sub-genre, Arne Dahl

examines various issues and their effects, such as the ways in which privilege, greed, guilt, revenge, desire, the quest for freedom, the war on terrorism, and government bureaucracy, can wreak havoc on individuals, families, and society at large.

On the personal level, some relationships take their first steps toward happily ever after while others disintegrate. Futures are altered and lives are transformed when lies and secrets are exposed, death seems imminent, and memories from the past come crashing down in the present.

All of the Arne Dahl

stories are riveting and the acting is spot-on. However, I found certain plot details in Many Waters and Europa Blues to be more far-fetched than those in the first three, and this annoyed me. I will add, though, that I was probably experiencing crime drama fatigue by the time I got to them. With that said, I give Arne Dahl 4.5 stars for being a worthwhile watch for any crime drama fan. 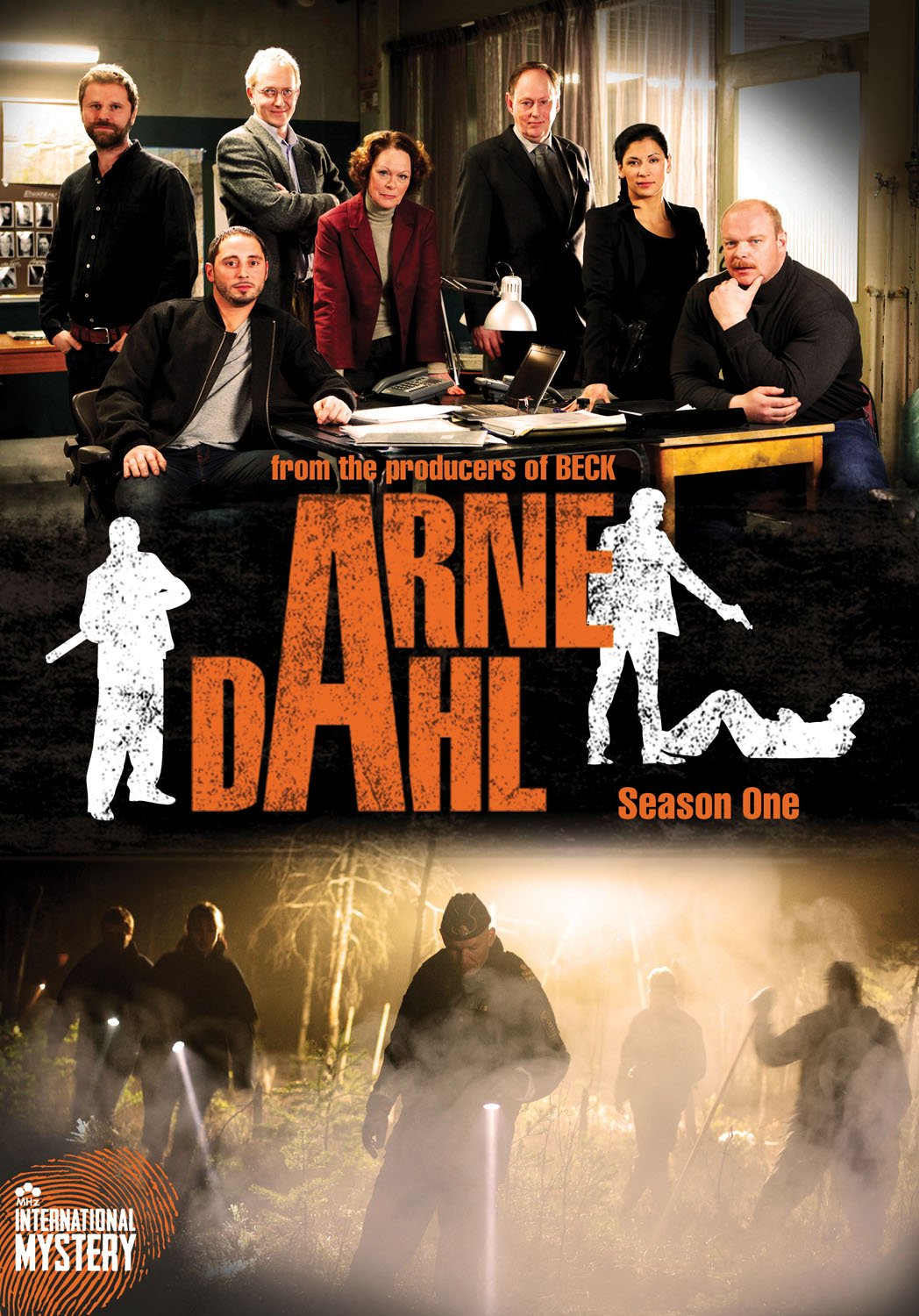 Arne Dahl: Season One (US link) 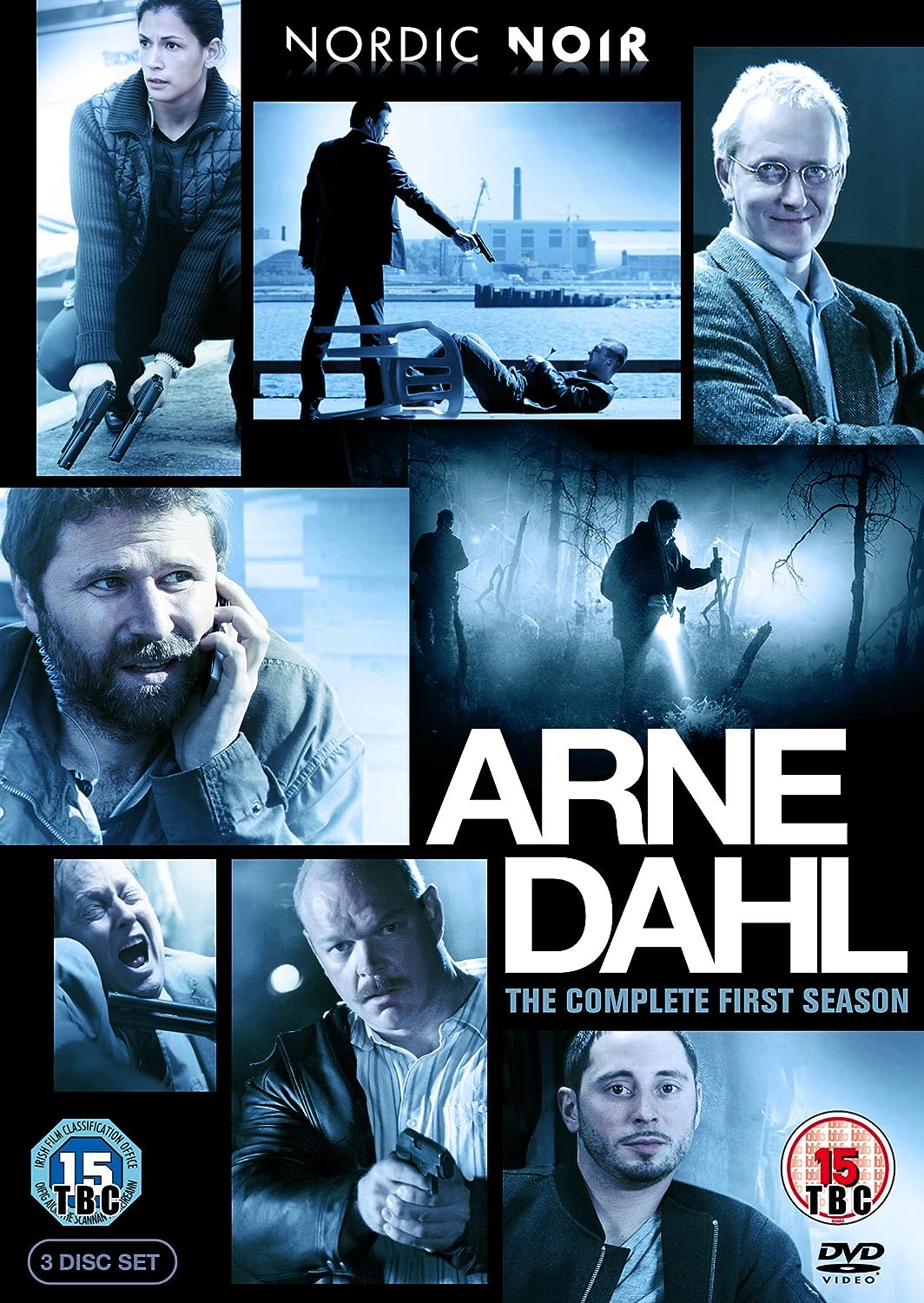