Check it out, Euro TV fans! MHz Choice is doing a live stream of the North American premiere of Captain Marleau: Season 2 — earlier than the official premiere and for free! 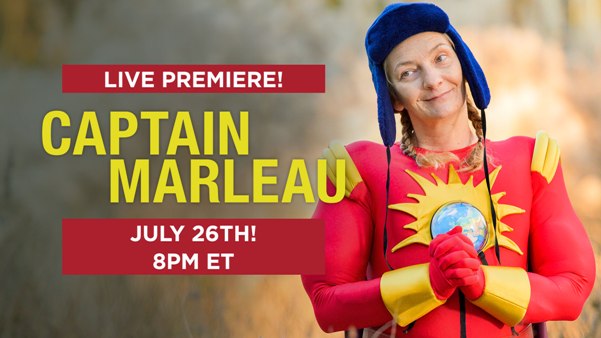 The second season of French mystery series Captain Marleau is set to premiere in North America on July 28th on MHz Choice.

But if you can’t wait until next Tuesday, you’re in luck!

MHz Choice will be doing a live stream — its first ever — of the new season’s first episode a couple days earlier, on Sunday, July 26th, at 8 PM ET.

You can watch the live stream — for free — as long as you’re in the US or Canada and can access the MHz Choice website at mhzchoice.com or one of the MHz Choice apps (available for Android, iOS, and more).

What you’ll see is the quirky Captain Marleau (played by Corinne Masiero) use her Columbo-esque skills to nab a murderous culprit. Chouette!

You don’t need a subscription to MHz Choice to get in on the live stream, but if you miss this streaming event, then you will need to subscribe to watch Captain Marleau and other Euro TV series on the SVOD service. And you’ll have to wait until July 28th for the start of the show’s second season.

If you usually watch MHz Choice programs through your subscription on Amazon, Cox, The Roku Channel, or Xfinity, please know that you will not be able to access the Captain Marleau live stream this way. It will only be available on the mhzchoice.com website or via the MHz Choice apps.

So mark your calendars and set a reminder for the Captain Marleau second season live stream premiere on July 26th at 8 PM ET.

Outbound links on this page include non-affiliate links and affiliate links; the latter allows us to earn income from qualifying actions.