From the land of Liberté, Egalité, Fraternité comes Baron Noir, a political drama with intrigue to rival the real-life drama happening now in the lead-up to the presidential election in France. 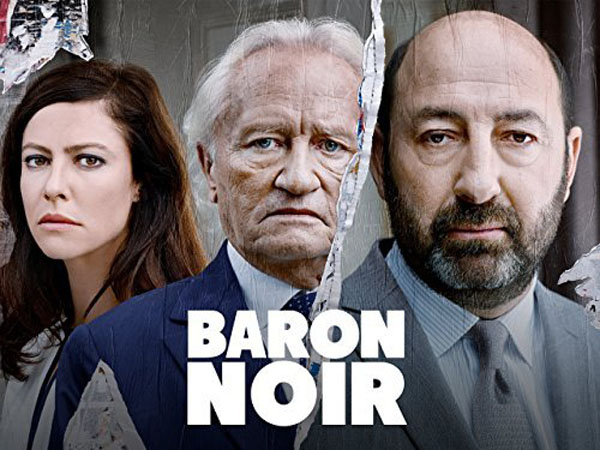 From The West Wing to House of Cards, from Borgen to Spin, the world of politics makes for some of the most captivating shows on telly.

Soon Euro TV-philes in the US will be able to add Baron Noir to that list of titles, as Walter Presents will be streaming the binge-worthy series on this side of the Atlantic.

Baron Noir stars Kad Merad (Marseille, The Chorus) as Philippe Rickwaert, the Deputy Mayor of Dunkirk and a member of the French Parliament. Rickwaert is also a friend and advisor to Francis Laugier (Niels Arestrup, The French Minister, A Prophet), his mentor and the Socialist candidate for president.

Things between the two men are going along swimmingly until Rickwaert comes under investigation for misuse of public funds, and Laugier, in the crucial run-up to the presidential election, throws him under the bus, as it were, to save his campaign.

The first season of Baron Noir features Astrid Whettnall (The Missing), Hugo Becker (A Very Secret Service), and Lubna Gurion (Maison Close). Season 2, which will follow the next chapter of Rickwaert’s political battles, is currently in production.

Walter Presents hasn’t announced the US premiere date for Baron Noir yet, so stay tuned.

Euro TV fans in the UK can stream Baron Noir (in French with English subtitles) at Amazon Instant & Prime Video.