Jordskott, one of the spookiest Euro TV series to come out of Sweden, is making its way across the fjords to North America and landing on Shudder in a couple of weeks.

Fans of horror films, monster movies, TV thrillers, and other content of this ilk likely already know about Shudder, the subscription video-on-demand service that specializes in content designed to freak you out. 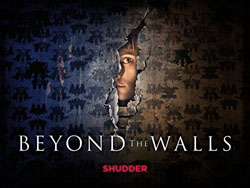 One is the 2016 French miniseries Beyond the Walls (Au-dela des Murs), which follows a troubled woman (Veerle Baetens, The Team, Cordon) who, after moving into the (haunted) house she inherited from a stranger who’d died in it 30 years ago, hears cries from behind the walls. Investigating the eerie sounds gets her trapped in a “shape-shifting parallel dimension” where the sins of her past come back to haunt her, and from where she tries to escape before she becomes permanently lost beyond the walls. 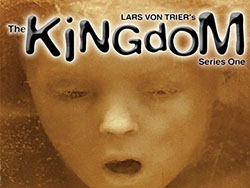 The other is The Kingdom (Riget), the award-winning Danish miniseries written and directed by Oscar® nominee Lars von Trier (Dancer in the Dark, Breaking the Waves). Set in the neurosurgical ward of the Righospitalet in Copenhagen, the dark-humored drama follows staff members and patients and the supernatural occurrences they encounter, such as the phantom ambulance. The cast includes Søren Pilmark (The Heavy Water War), Ghita Nørby (The Eagle), Peter Mygind (Borgen), Udo Kier (Altes Gelt), Laura Christensen (Mammon), Ole Boisen (The Killing), and Thomas Bo Larsen (Follow the Money). (I watched the DVDs when I still had a Netflix DVD subscription and thought the show was terrific.)

In two weeks, Shudder will premiere the first season of Jordskott, the supernatural crime drama that’s Sweden’s answer to Twin Peaks and one of my picks for best new Euro TV series of 2015. The second season is currently in production in and around Stockholm for an autumn 2017 release on SVT in Sweden and a 2018 premiere on Shudder in North America; it will be shown in the UK, most likely on ITV Encore (which aired Season 1), in that timeframe, as well.

The award-winning Season 1 of Jordskott stars Moa Gammel (Irene Huss, Annika Bengtzon) as Detective Eva Thõrnblad, an investigator with the Stockholm Police special forces unit, who returns to her hometown of Silverhöjd to deal with the probate for her late father’s estate. Being back here floods her with memories of her young daughter, Josefine, who vanished seven years ago. Authorities concluded that Josefine drowned, but Eva believed then as she does now that her daughter was abducted.

So it’s either a coincidence or something much more sinister when several children in Silverhöjd also go missing in the present day. As Eva gets drawn into the investigation being conducted by Göran Wass (Göran Ragnerstam, Ängelby, Arn: The Knight Templar), a detective from Sweden’s National Bureau of Investigations, and Tom Aronsson (Richard Forsgren, Beck, Arne Dahl), the local investigator, she takes the opportunity to dive deeper into the mystery of her daughter’s disappearance. She also encounters a mysterious (and very creepy) waif who escaped the evil Silverhöjd forest — a girl Eva believes is Josefine — and discovers there are dark and dangerous forces at work all around her.

Jordskott: Season 1 premieres in the US with its first two episodes on Thursday, 6 April 2017, exclusively on Shudder and Shudder on Amazon

(the latter of which lets you stream Shudder’s content through the Amazon Video interface). The remaining eight episodes will be shown in batches of two on successive weeks.

Shudder: SVOD Service for Scary Stuff Will Stream Sweden’s Jordskott in the US & Canada
Tagged on: Au-dela des Murs    Beyond the Walls    Jordskott    Riget    Shudder    streaming    The Kingdom