Meet Cenk Batu. An undercover agent for the Landeskriminalamt (LKA), the state police in Germany. A loner with a false identity for each case, he takes viewers into the dark sides of Hamburg.

now screening in the US on MHz Worldview, is one of the series in the Tatort franchise, the longest-running crime drama TV series in Germany.

Mehmet Kurtulus stars are the titular Cenk Batu, a chess-playing, multi-lingual German native of Turkish ancestry whose ability to take on different personas serves him well as an undercover agent working cases that range from fraud to espionage.

The series opens with “On the Sunny Side” (“Auf der Sonnenseite“), in which Cenk Batu is assigned to a new case by his boss Uwe Kohnau (Peter Jordan) after failing to bring down Germany’s biggest money launderer. Now he is to infiltrate the world of Tuncay Nezrem (Aykut Kayacik), a Turkish businessman whose lifestyle suggests he does more than run a restaurant and import fruits, by posing as a small-time Turkish criminal in order to get to Tuncay through his nephew Deniz (Burak Yigit), the victim of a vicious stabbing that left him in hospital.

“On the Sunny Side” premiered this past Saturday, but you can stream the episode at MHz Online until 16 November 2014.

The remaining five episodes of Cenk Batu, Undercover Agent will air at 9 PM ET on successive Saturdays from 15 November through 13 December 2014. They include: 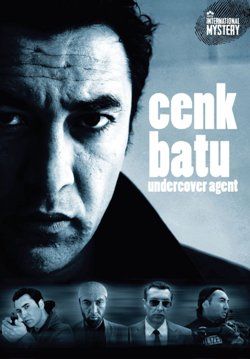 “Urban Warfare” (“Häuserkampf“) — Cenk Batu goes undercover with Hamburg’s Special Operations Unit, the Spezialeinsatzkommandos (SEK), to find out who within the SEK has been illegally selling information to foreign powers. He wins the trust of the SEK’s Lars Jensen (Matthias Koeberlin), who looks to have something to hide. But then Jensen’s wife and daughter get kidnapped, and Cenk must find a bomb before it explodes in three hours.

“Forget Me Not” (“Vergissmeinnicht“) — A case of industrial espionage, wherein secret blueprints from a Hamburg-based jet engine and electronics company continue to be found abroad, has Cenk Batu posing as a press officer to find the leak, a task made more difficult when the prime suspect is the victim of either suicide or murder.

“A Life for a Life” (“Leben gegen Leben“) — After returning from a trip to Turkey, Venk Batu goes undercover as a driver for a black market organ dealer in order to bring down the ring of organ traffickers performing illegal transplants in Hamburg.

“The Path to Paradise” (“Der Weg ins Paradies“) — An Islamist terrorist cell is planning a attack in Hamburg, so Cenk Batu, disguised as a radical Muslim, infiltrates the group and learns from Christian Marshal (Ken Duken), the head of the terrorist cell, the details of the planned bombing, including the target.

screen in German with English subtitles.