The deadly virus at the heart of Finnish-German mystery series Arctic Circle isn’t the one in news headlines right now, but it could be… 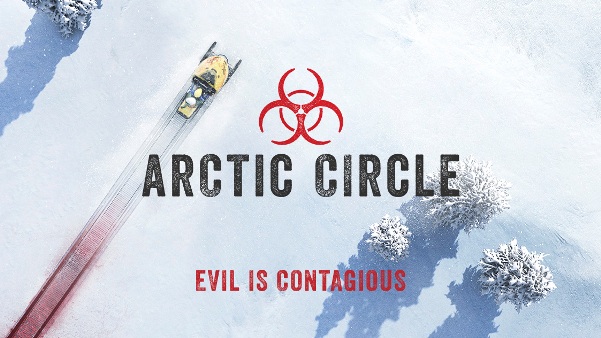 Set in the small Finnish village of Ivalo in Lapland, Arctic Circle (Ivalo) opens with local police officer Nina Kautsalo (Iina Kuustonen, Syke, Downshiftaajat) and her partner on patrol amidst the sub-zero, snow-covered landscape. Upon receiving a report about gunshots and a dog barking at Nitsijärvi Lake, they find the cabin in question — where they discover a woman imprisoned in a cage, hidden in the basement.

Nina believes the woman, a Russian prostitute, is just one of several victims of the same perpetrator, and begins a search for the others. Her hunch proves correct and results in the case being turned over to Jaakko Stenius (Kari Ketonen, Look of a Killer) of the KRP, Finland’s National Bureau of Investigations.

In Helsinki, Thomas Lorenz (Maximilian Brückner, Hindafing, Reformation), a German virologist working for the European Centre of Disease Control, is given a blood sample of the first victim found by Nina. One close-up glance at what’s under the microscope tells him all he needs to know: the woman is infected by and dying from a deadly virus.

To determine the degree to which the virus has spread in Lapland, if not beyond, Thomas is seconded to Stenius’s team and heads to Ivalo, where he and Nina team up on the case that has become part cross-border human and sex trafficking crimes, and part health crisis/outbreak containment.

Meanwhile, a Russian criminal is searching for someone who is also wanted by the Finnish authorities, and a wealthy, mysterious businessman is involved in plan for which he wants Thomas’s help…

The intricate plot in Arctic Circle has several interconnected strands, and the ways in which they relate to each other aren’t immediately obvious, which adds to the sense of mystery that is pervasive through the ten-part series.

And while I am not a scientist (nor do I play one on TV), I’m guessing that the backstory of the fictional virus in this thriller is within the realm of possibility, so even the thought of it being made real is beyond frightening.

I binge-watched the show anyway. Now I’m hoping for a second season.

Arctic Circle, a Topic Original series, premiered in the US today, Thursday, February 6, and is available for streaming exclusively on Topic and its digital channels, including Topic on Amazon.