Bonne année! 2019 brings several new and returning French series to telly in the US, plus the finale of a fun Dutch mystery and the premiere of a dark German comedy.

To see the complete list of Euro TV shows available in the US and UK, see the Euro TV Shows by Language section. Viewers in the US can check the ongoing updates of titles released throughout each month on the Euro TV Viewing Guide page.

All programs listed below are shown in their original language with English subtitles, except where noted. Trailers may or may not have English subtitles; for those without, you should still be able to get a sense of the story through the visuals and program descriptions.

Following Romain’s release from prison for fraud, his parole officer secures a job for him in the kitchen of a famous Parisian restaurant run by “the Chef” (César Award winner Clovis Cornillac, The Story of My Life) — a giant of French gastronomy who, despite having major problems of his own, recognizes Romain’s natural affinity for cooking and takes him under his wing. But with the kitchen’s strict operating structure and brigade hierarchy on one hand, and being constantly humiliated by sous-chef Yann (Nicolas Gob, The Chalet) on the other, Romain has a hard time of it.

Chefs: Season 1 premieres in the US on Tuesday, January 1, exclusively on MHz Choice and the MHz Choice channel on Amazon.

Call My Agent! Season 3, a Netflix Original series, premieres in the US on Friday, January 4, exclusively on Netflix.

Daan Schuurmans (The Neighbors, Framed) returns to the screen one last time as Valentijn Rixtus Bentinck, the charismatic and independently wealthy bon vivant and amateur sleuth who, in Seasons 1 and 2, tried to discover the truth of his origins while solving the mysteries of various crimes, including murder, in and around The Hague.

In this long-awaited final telefilm that brings the light mystery series to a close, the central question is: What personal price must Valentijn pay to unravel his family secret?

(Video is from Season 1)

The Lord & Master finale premieres in the US on Monday, January 7, exclusively on Acorn TV and the Acorn TV channel on Amazon.

This daytime drama follows Claire Estrela (Mélanie Maudran, Frank Riva, Magellan), who, after a 17-year absence, returns to Montpellier with her teenage son, Théo (Gary Guénaire, Lumière noire), to introduce him to her hometown and his relatives and to enroll him in high school.

But her plans are upended a few hours later when Claire is arrested and taken into custody as the prime suspect in the murder of François, one of her childhood friends. In order to prove her innocence, Claire must unravel the secrets of her past, including the mystery of the death of her sister, which seems to be connected to François’ killing.

Each feature-length episode in this collection of mystery stories is set in a different picturesque region of France, including Saint-Malo in Brittany, French Basque country, Rocamadour in southwest France, and the famous cathedral city of Rouen in the first season.

The standalone stories also open with the discovery of a corpse, after which a coed police duo conducts an investigation into the suspicious death. Playing the cop teams in Season 1 are Louise Monot (Murdoch Mysteries) and Bruno Solo (The Accident), Claire Borotra (Vanished by the Lake) and Antoine Duléry (Les petits meurtres d’Agatha Christie), Clémentine Célarié (Les invincibles) and Grégori Derangère (Caïn), and Isabel Otero (Magellan) and Frédéric Diefenthal (Elite Squad).

Murder In…: Season 1 premieres in the US on Tuesday, January 8, exclusively on MHz Choice and the MHz Choice channel on Amazon.

Inspired by the Mad Men aesthetic, this thriller series reveals the mysteries, deceits, and manipulations at play in the world of 1960s television and the lives of people in the industry.

What the Beavals don’t know is that Jauffret has been having a secret affair with their young daughter, Colette (Anne-Sophie Soldaini, Profilage), whose best friend soon turns up dead. And in the midst of these intrigues comes Isabelle Auclair (Barbara Probst, The Queen and the Cardinal), a young newsreader prepared to do anything to take Christine’s place.

Costarring Christiane Millet (The Churchmen), Clément Aubert (Missions), and Baptiste Carrion-Weiss (Nina), Speakerine premieres in the US on Tuesday, January 8, at 11 PM ET, on TV5Monde USA.

In this drama’s eight-episode second season (up from Season 1’s six), Romain has won a coveted accolade, Chef has gone underground, and Edouard has returned — and each of them is on a mission… and a collision course.

Chefs: Season 2 premieres in the US on Tuesday, January 15, exclusively on MHz Choice and the MHz Choice channel on Amazon.

This award-winning, satiric dark comedy-drama offers a unique look at the dark underbelly of modern society by following the rise and fall of Alfons Zischl (Maximilian Brückner, Reformation, Line of Separation), the megalomaniac and meth-addicted mayor of the (fictional) village of Hindafing in the backwoods of Bavaria.

In the series opener, Zischl wants to kick his drug addiction and to build a refugee asylum center to launder money to his Swiss accounts, but nothing goes as planned.

Welcome to Hindafing premieres in the US on Tuesday, January 22, exclusively on MHz Choice and the MHz Choice channel on Amazon.

In the first season of this comedy series, the economic situation in France is dire and the President of the Republic goes missing. To cover up the disappearance, Prime Minister Amandine Barzati (Nabiha Akkari, Meurtres à l’Île d’Yeu) and Minister of the Interior Paul Danglard (Jean-Michel Lahmi, The Bureau) say simply that he is ill.

Meanwhile, the senators elect a new president: Alphonse Dumoulin (Michel Vuillermoz, On l’appelait Ruby, Maigret), a 62-year-old retired history professor who, despite having no experience running a country, intends to restore power, glory, and greatness to France.

Corinne Masiero (Spiral, The Churchmen, Hard) stars in this darkly humorous mystery series as the eponymous eccentric cop who nabs perpetrators the way a hunter bags prey — by surprise. Each episode is a standalone story in which Marleau investigates a mysterious death, including that of an accountant, a brasserie owner, a wealthy businessman, an au pair, a former cop, a musician, and a twin.

Captain Marleau premieres in the US on Tuesday, January 29, exclusively on MHz Choice and the MHz Choice channel on Amazon.

The intrigue continues in the second season of this mystery-crime drama. It opens three years after the events in Season 1, with Elena Ferrante (Antonia Liskova, Good and Evil) learning about, then trying to come to grips with, her husband Pietro’s death. Soon thereafter, she moves with her children to the home of her mother-in-law, Maria (Anita Zagaria, Donna detective), and opens an outreach center for struggling women.

Meanwhile, the dastardly Giordano (Kaspar Capparoni, Donna Detective) is still in prison, still in love with Elena, and willing to do anything for her forgiveness. And the devious Gloria (Valentina Cervi, Medici: Masters of Florence) returns to Rome from Miami with a husband and a plan that involves taking over Villa Ferrante.

Full Disclosure: Season 2 premieres in the US on Tuesday, January 29, at 7 PM ET, on Eurochannel.

NON-PREMIERE PROGRAMS TO BE ADDED TO PROGRAMMING SCHEDULES

In the follow-up to Deutschland 83, Martin Rauch (Jonas Nay, Line of Separation) agrees to help his Aunt Lenora (Maria Schrader, Aimée & Jaguar) with a shady deal in Capetown, South Africa, in order to return home to East Germany, but things don’t go to plan. For further details, read this article. Deutschland 86 begins streaming Thursday, January 3, on Sundance Now and the Sundance Now channel on Amazon.

WALTER PRESENTS TITLES TO BE ADDED TO PBS MASTERPIECE ON AMAZON

The following shows, already available on Walter Presents US platforms, will be added to the PBS Masterpiece channel on Amazon (dates tba). (Images courtesy of Walter Presents) 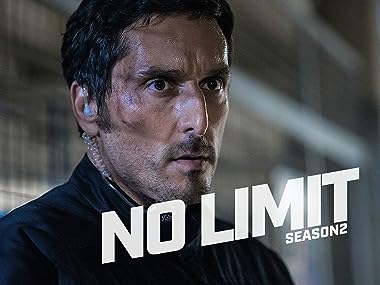 This action thriller from Luc Besson (La Femme Nikita) returns with two more seasons starring Vincent Elbaz (I Am Not an Easy Man) as Vincent Libérati, a former soldier with a brain tumor. In exchange for experimental treatment on the tumor, he works on a series of clandestine missions for a mysterious Black Ops government organization known as Hydra. The series costars Bernard Destouches (Mafiosa), Damien Jouillerot (Baron noir), and Philippe Hérisson (Spin).

Did you miss any of the new shows and program additions from previous months? Check the Euro TV Viewing Guide 2018 Archives to find out.

For details about the January premieres of shows from the UK, Canada, and Ireland, visit The British TV Place. For those about the debuts of programs from Australia and New Zealand, visit The Down Under TV Place.

French mystery-crime drama Ben, a French remake of the Danish series Dicte, has premiered in the US.