Euro TV fans on both sides of the pond can look forward to two new series that will be streaming globally, in their original languages with English (and other) subtitles, on Netflix.

Expected to premiere in 2018 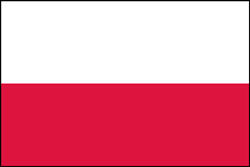 The first Netflix Original Series in the Polish language, an as-yet untitled show, is an alternative-history story that takes place in a world where the Iron Curtain never fell.

Set in 2002 — twenty years after a devastating terrorist attack in 1982 halted the course of Poland’s liberation and the subsequent downfall of the Soviet Union — the thriller follows an idealistic law student and a disgraced police investigator, who stumble upon a conspiracy that has kept the Iron Curtain standing and Poland living under a repressive police state.

After two decades of peace and prosperity, the leaders of the regime enact a secret plan that was made with an unlikely adversary in the 1980s, a plan that will radically transform Poland and affect the lives of every citizen in the nation as well as the world. What these two men discover has the potential to ignite a revolution, and the powers that be will stop at nothing to keep their secret from being revealed.

The series will be shot in various locations across Poland, and is expected to launch to Netflix members around the world in 2018.

Going into production in 2018 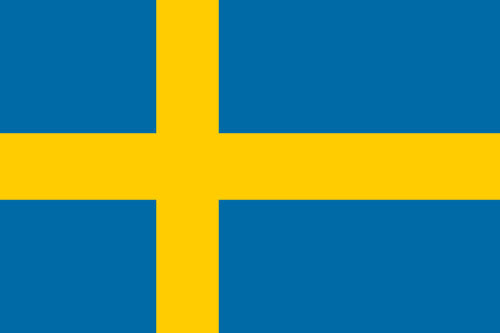 Störst av allt (Quicksand), the first Netflix Original Series from Sweden, is based on the best-selling novel of the same name by Malin Persson Giolito (US book here, UK book here) — a taut thriller published in 26 countries, named Best Crime Novel of the Year in 2016 by the Swedish Crime Writers’ Academy, and awarded the prestigious Glass Key Award in 2017, for being the Best Nordic Crime Novel of 2016, by the Crime Writers of Scandinavia.

Camilla Ahlgren, who wrote The Bridge and The Sandhamn Murders, will serve as head writer on Störst av allt. The series is an FLX production for Netflix, with FLX’s Founder, Creative Director, and co-owner, Pontus Edgren (The 100-Year-Old Man Who Climbed Out The Window and Disappeared, Torpederna), producing. Production is slated to start in 2018.

The story centers on Maja Norberg, a popular high school student and girl-next-door type who is now the most hated teenager in the country. She’s on trial for murder following the mass shooting that took place at a prep school in Stockholm’s wealthiest suburb. Among the people killed in the massacre were Maja’s boyfriend, Sebastian Fagerman — the son of Sweden’s richest business tycoon — and her best friend.

To answer the questions of what Maja did or didn’t do to land herself in such a predicament, the series will reveal the events of that tragic day via flashbacks: from her falling in love with the dazzling but dangerous Sebastian, to her relationship with him and his dysfunctional family and her losing touch with her parents and friends.

Said Ahlgren, ”I want to tell this story from the main character Maja’s perspective; her story raises questions about guilt, responsibility, punishment and redemption. It holds a mirror up to our time whilst also serving as both a suspenseful thriller and a moving love story.”

Stay tuned for updates about the premiere dates of both series.