Swedish actor Krister Henriksson is one of several new cast members for the third and final series of British psychological crime drama The Fall.

Known the world over for his portrayal of the iconic detective Kurt Wallander in the Swedish TV series Wallander, Krister Henriksson (Modus), joins Gillian Anderson and Jamie Dornan in the thrilling final chapter of the critically-acclaimed and award-winning The Fall. 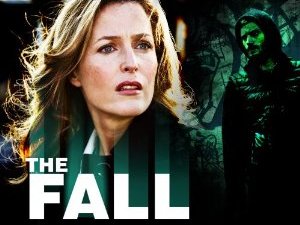 The BBC haven’t released details yet about Henriksson’s character in the series, but I will scream with joy if he shows up as Wallander, coming out of his self-imposed retirement to lend a hand to DS Stella Gibson’s (Anderson) investigation of serial killer Paul Spector (Dornan), who’s in a rather bad state in the Series 2 cliffhanger. If not, I’ll still be thrilled to see Henriksson on telly again.

For Euro TV fans who are new to, or want to revisit, The Fall, Series 1 and 2 are currently streaming at Amazon Video in the UK and Netflix in the US.

The first season of French crime drama The Paris Murders (Profilage) is now available for streaming on Prime Video.