Fans of Euro TV and foreign-language dramas from around the world will soon have a new video streaming service. It will be free and available in the UK. It is Walter Presents.

The new foreign-language drama streaming service, a partnership between Global Series Network (GSN) and Channel 4, had the working title of 4 World Drama when the two companies first made their joint announcement back in June.

Said Iuzzolino, “We live in the golden age of serial drama – with French and Scandi thrillers gripping audiences in their millions. This is the perfect time to introduce UK viewers to a much broader choice of the very best dramas and box sets from around the world, which they never previously knew existed.”

Walter Presents will offer a constantly evolving and expanding slate of foreign-language dramas — all titles handpicked by Walter — making it the go-to destination for both discerning fans of world drama and those curious to discover more about the genre.

When Walter Presents launches in January 2016, it will be available for free and exclusively to viewers in the UK at Channel 4’s digital hub, All 4. 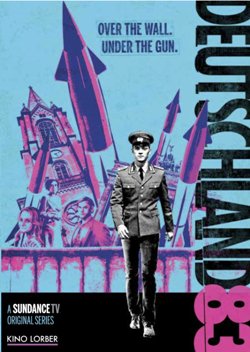 To celebrate the launch of the service, Channel 4 will premiere the taut, gripping and stylish eight-part German spy thriller Deutschland 83 in advance of the drama’s being available as an exclusive box-set on Walter Presents.

Jay Hunt, Chief Creative Officer at Channel 4, stated, “Channel 4 has steadily grown its reputation for bringing the best of world drama to the UK – from The Returned to Saboteurs. The remarkable Deutschland 83 is a perfect launch for Walter presents – which will allow UK audiences to enjoy hand-picked global hits.”

Walter Presents will eventually include more than 600 hours of drama, which will be available for box-set viewing on All 4, and include the option to download episodes to watch on the go. Select series from Walter Presents will also be broadcast on Channel 4 and More 4, the latter in a dedicated, regular scheduled slot.

Titles that will be available through Walter Presents in the first year will include titles from a wide range of territories, including Argentina, Belgium, Brazil, Chile, the Czech Republic, Denmark, France, Israel, Poland, and Sweden, among others.

Walter Presents is being launched in the UK through an exclusive partnership between Channel 4 and Global Series Network, founded and managed by Jason Thorp, former Managing Director for the UK and Africa and EVP Content Europe at Fox International Channels); Walter Iuzzolino; and Jo McGrath, former Head of Production for Fox International Europe and Head of Factual and Features at Tiger Aspect Productions. The two parties plan to roll out Walter Presents in a number of other TV markets.

Will the US be one of them? Stay tuned to find out.