Video on demand is going the way of certain cable channels, meaning niche content, and for Euro TV fans in the UK, this is a very good thing. 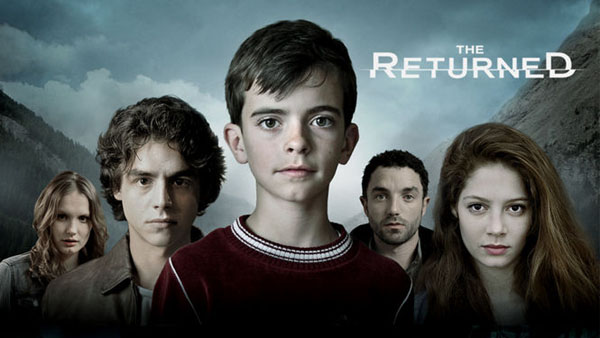 British broadcaster Channel 4 and Global Series Network have partnered up to launch a new foreign-language drama service in the UK this fall.

The new service — 4World Drama (working title) — will showcase “the very best foreign-language drama series from around the world” and launch free and on-demand to all viewers in the UK, exclusively via Channel 4’s new All4 digital hub, which recently replaced 4oD.

More than 500 hours of drama will be exclusively available for box-set viewing on All 4, supported by advertising and sponsorship to be sold by Channel 4.

A selection of the best series from 4World Drama’s line-up will also premiere on Channel 4’s free-to-air channel, More 4, within a dedicated slot.

The launch of 4World Drama aims to capitalize on both the growing demand for premium foreign-language dramas from British viewers and the wide range of high-quality international drama series that have not yet screened in the UK.

The 4World Drama video-on-demand service is being launched in the UK through an exclusive partnership between Channel 4 and Global Series Network, the parent company of independent VoD service World Drama, founded and managed by Jason Thorp, Walter Iuzzolino, and Jo McGrath.

Thorp is a former Managing Director for the UK and Africa and EVP Content Europe at Fox International Channels; Iuzzolino is the former Creative Director of Discovery-owned production company Betty and broadcast commissioner at Channel 4; and Jo McGrath is the former Head of Production for Fox International Europe and Head of Factual and Features at Tiger Aspect Productions.

Said Channel 4 Chief Executive, David Abraham, in announcing the launch of the new service, “We’ve seen from the response to titles like The Returned on Channel 4 that there’s a real appetite for quality international drama from UK viewers – but only a small selection of foreign-language series have been able to get a UK broadcast partner. This new service will be a fantastic showcase for creative talent around the world and an innovative addition to All 4.”

Global Series Network’s Iuzzolino added, “4World Drama is a heavily curated service bringing together the very best scripted content from around the world, offering viewers an outstanding selection of must-see series – from Czech political thrillers to Belgian murder capers, Argentine family sagas to German cold war pieces… the most exciting storytelling in the world is finally coming together in one place.”

The two parties plan to rollout World Drama in a number of other markets, as well.

The announcement for the launch of 4World Drama comes roughly a month after MHz Networks launched MHz Choice — the subscription video-on-demand service for US audiences that will replace the company’s “International Mystery” nightly program block on terrestrial television. MHz Choice is currently being retooled for a relaunch this autumn, so stateside fans of Euro TV fare can continue to watch MHz’s foreign-language drama offerings on its affiliate broadcast, cable, and satellite channels until the fall.

The first season of French crime drama The Paris Murders (Profilage) is now available for streaming on Prime Video.