She’s got a dragon tattoo on her back. She’s been through hell and back. She’s Lisbeth Salander. And she’s back. In the new book, The Girl in the Spider’s Web.

Publisher Alfred A. Knopf has released the title and cover art for the fourth title in the international bestselling “Millennium” series of novels: The Girl in the Spider’s Web.

Written by Swedish journalist and author David Lagercrantz, The Girl in the Spider’s Web reintroduces readers to two of the most iconic protagonists in contemporary fiction: Lisbeth Salander and Mikael Blomkvist.

Lagercrantz, who worked with Swedish football star Zlatan Ibrahimovic on his memoir, I Am Zlatan Ibrahimović, which broke sales records in Sweden and throughout Europe, and was shortlisted for the William Hill Sports Book of the Year award and nominated for the August Prize in Sweden, was selected by both the Larsson estate and his publisher in Sweden (Norstedts) to continue working on the “Millennium” series.

Stieg Larsson’s father and brother, Joakim and Erland Larsson stated that their decision to allow the new book to be written was “to keep alive the characters and the world that Stieg Larsson created. We see it as a way of offering his many readers the continuation they have been longing for. We chose David Lagercrantz because we think he is highly suited to the task. David is a skilled writer who has portrayed odd characters and complex geniuses throughout his career. He will be doing it his own way.”

And his was to keep everything about The Girl in the Spider’s Web as secret as could be, writing on a computer with no internet connection and delivering the manuscript to his publishers by hand, while also being protective of Stieg Larsson’s legacy.

“Stieg Larsson was a master at creating complex narratives,” said Lagercrantz, “narratives made all the more forceful because of the journalistic authority with which they were originally written. That was something that informed my approach to book four, and I’m confident ‘Millennium’ readers will identify with the storylines in Spider’s Web.”

The storylines, of course, include hacking and corruption, but Lagercrantz suggests “there are some surprises in store for readers as well, including the introduction of Silicon Valley as a locale and a character from the National Security Agency in a central role. There are even symbols and code.” In retrospect, admits Lagercrantz, “this is some of the hardest and most rewarding work I’ve done as a writer.” 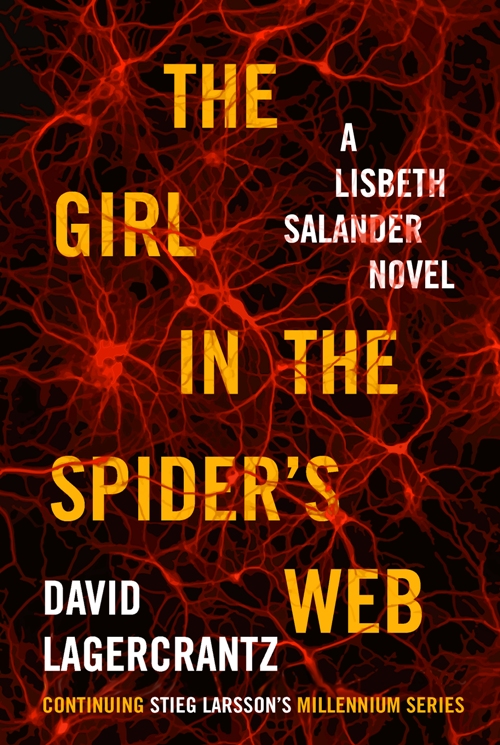 Said Sonny Mehta, Editor-in-Chief of Alfred A. Knopf, “The Girl in the Spider’s Web is as good as its predecessors and uniquely of the moment. I know readers are going to be thrilled when they are reacquainted with both Lisbeth and Mikael in one of the most compelling ‘Millennium’ novels to date.”

Peter Mendelsund, who created the iconic covers for the US versions of the first three “Millennium” books, designed the cover for Spider’s Web as well – “a unique visual brand for a truly unique series of thrillers.”

The “Millennium” novels by Stieg Larsson, including The Girl with the Dragon Tattoo,

The Girl Who Played with Fire,

and The Girl Who Kicked the Hornet’s Nest,

have sold over 80 million copies around the world since their initial publication (more than 25 million of those copies in the US).

As with its predecessors, The Girl in the Spider’s Web will be published simultaneously in twenty-five countries around the world on 1 September 2015 with a cumulative first printing in the millions (500,000 copies in the US).

The fourth “Millennium” novel will be published as Det som inte dödar oss (What Doesn’t Kill You) in Sweden on 27 August 2015, as will the UK edition, whose cover for The Girl in the Spider’s Web 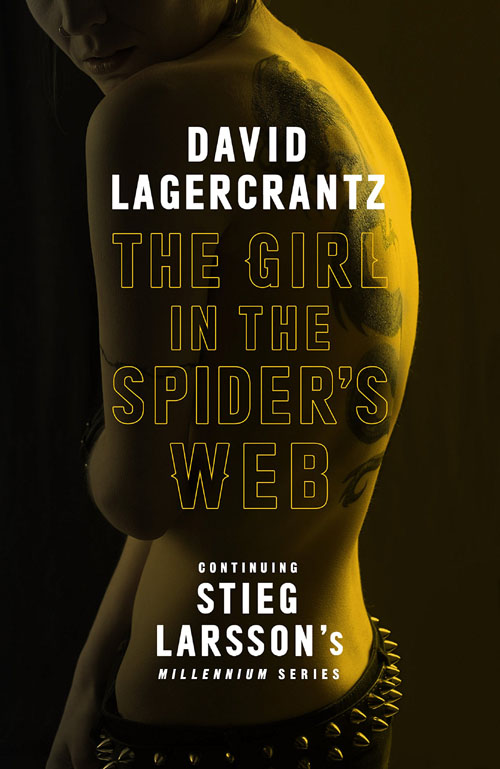