Eurochannel has launched its European Prime TV Series on VoD, so if you haven’t yet checked out the Euro TV programs offered by the international television channel, the first title in this select series is a great place to start.

As noted on the “Where to Watch Euro TV in the US and UK” page, Eurochannel offers a wide range of programs for Europhiles, including hit films and television series that aren’t available anywhere else. And now it’s bringing more titles to Euro TV fans in the US, UK, and around the world through its European Prime TV Series.

Launched on 27 March 2015 and co-funded by the European Union’s Creative Europe Media, the European Prime TV Series is a curated collection of Euro TV titles available to audiences everywhere via video on demand.

Each quarter, the Series offers a new and original European television series shown in its original language — subtitled or dubbed in English, French, Spanish, Portuguese, Polish, or Serbian — and accessible to anyone with an internet connection. (No geographic restrictions. Yay!)

adapted from titles published in the “Suite Noire” book series. It premiered in France on Arte and TV5 to high praise from critics and viewers alike.

The hour-long crime thrillers explore the dark (and often ironic) side of contemporary society in stories featuring “policemen, murderers, romance, sex, drugs and conspirators.” Some tales are fictional, some are based on real-life events, but all center on the shady, seedy, and murky in “the lives of decent citizens or delinquents, fake innocents or total bastards, serial-killers or inept murderers.”

Each film in the eight-part Suite Noire (see below) is produced à la noir B-movies, with nods to high farce, social criticism, and other genres “by way of moral (or immoral) fables, the macabre and the romantic.” 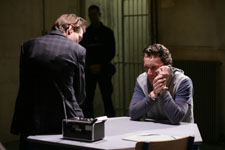 “They Shoot Disc-Jockeys, Don’t They?” (“On achève bien les disc-jockeys“) — A man gets caught in a vicious cycle, one that he probably won’t be able to escape, at least not easily, after corrupt police recruit him to infiltrate a gang of criminals. Stars Francis Renaud (Braquo), multiple award winner Lubna Azabal (The Honourable Woman), and Yann Tregouët (Sister).

“Recipe for a Killing” (“Tirez sur le caviste“) — Gastronomy and murder are on the menu when a gourmet wine producer hires a young girl living on the fringe as a cook. Each is a monster in his or her own way, neither knows the other’s secrets, and both play a game of cat and mouse. Stars César Awards winner Niels Arestrup (The French Minister), César Awards nominees Julie-Marie Parmentier (Murderous Maids) and Christine Citti (Quand j’étais chanteur), and Pierre-Félix Gravière (The Monk). 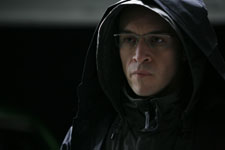 “Straight on for Murder” (“Vitrage à la corde“) — A man, guilty of a woman being burned alive in a car accident, goes on a murder spree. But un flic is on his tail and an actual serial killer is getting in on his act, and it all becomes a bit much to handle. Stars César Awards winner Manuel Blanc (One Deep Breath), César Awards nominee Karole Rocher (Braquo), Jackie Berroyer (A Common Thread), Philippe Duquesne (A Very Long Engagement), and Michel Muller (The Borgias). 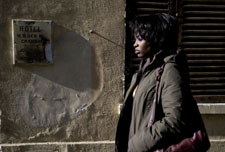 “When the City Bites” (“Quand la ville mord“) — Three months after a budding artist arrives in Paris, she’s still plying a different trade under a pimp and a madam. The promise of help from a former youth worker gives her hope, but life gets even bleaker after she finds her cousin dead, all their savings gone, and the madam’s thugs on her trail. Stars César Awards nominee Aïssa Maïga (Paris, je t’aime), multiple award winner Samir Guesmi (The Returned), Laurentine Milebo (A Better Life), and Alain Dzukam (Hippocrates). 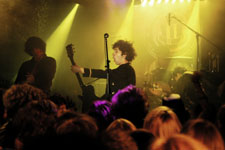 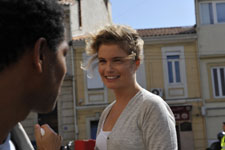 “Fright of an Angel” (“Le débarcadère des anges“) — A Corsican/Ivoirian makes a lot of enemies during his first case as a private detective, one that involves a huge scam organized by a network of police, politicians and mafia in Marseilles. And keeping a watchful eye on him is a copper who isn’t bent. Stars Ysae (22 Bullets), Gérard Meylan (The Snows of Kilimanjaro), Sara Biasini (Un homme et son chien), and Maeva Pasquali (Un village français). 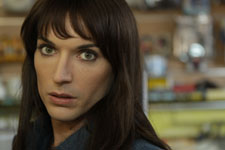 “Queen Bitch” (“La reine des connes“) — As the saying goes, things come in threes. The question is, what will a man desperate for a sex change operation do after his second (failed) suicide attempt? Stars Clément Hervieu-Leger (Gabrielle), Yves Verhoeven (Inspector Bellamy), Pascal Bongard (Spiral), and Nicolas Jouhet (The Nun). 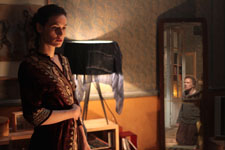 Check out Suite Noire at its Eurochannel micro-site.

Eurochannel will announce the second series in the European Prime TV Series collection toward the end of this month. Its debut is scheduled for June, and the third and fourth series are slated to premiere in September 2015. Stay tuned for details.

All images are courtesy of Eurochannel.