Topic has set the date for the US and Canada premiere of the Swedish mystery-crime drama series Agatha Christie’s Hjerson. 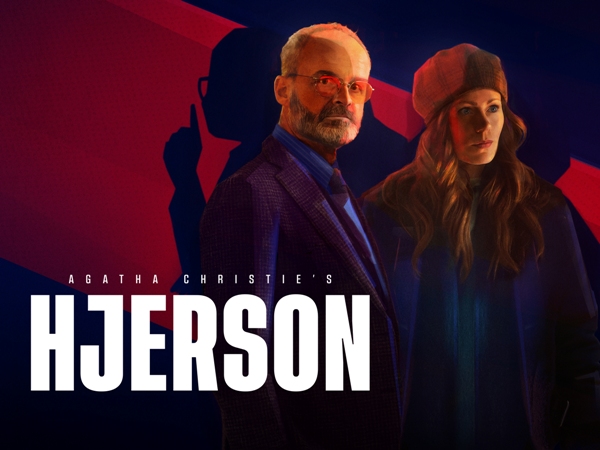 Euro TV mystery lovers (in the top two-thirds of North America), rejoice! You’ll soon have a new Swedish whodunit series to get addicted to.

Agatha Christie’s Hjerson premieres in the US and Canada with three episodes on Thursday, December 1, exclusively on Topic. New episodes of the eight-part series will debut weekly.

If you aren’t familiar with Hjerson, let’s start with his creator(s)…

In several of Agatha Christie’s “Hercule Poirot” novels (as well as in a standalone title), there is a character named Ariadne Oliver, who was played by the brilliant Zoë Wanamaker in the long-running hit television series Agatha Christie’s Poirot. Ariadne is an author of detective fiction, and her most successful novels are those whose protagonist is a Scandinavian detective named Sven Hjerson. But Hjerson isn’t just any old Christie/Oliver creation — he is a spinoff character who has his own real-life TV series: Agatha Christie’s Hjerson.

In this first-ever adaptation based on the fictional detective of Agatha Christie’s fictional writer — a modern day meta whodunit from the producers of Before We Die and Midsommar — Johan Rheborg (Partisan, Kamikaze, Kieler Street) stars as Sven Hjerson and Hanna Alström (“Kingsman” films, The Sandhamn Murders, Real Humans) as his sidekick, Klara Sandberg.

Sandberg is a trash TV producer who wants to reset her career with a true-crime show that would star Hjerson, a once-renowned criminal profiler who suddenly chose to retire from the spotlight. Having just been informed of his mother’s death, Hjerson is forced to return to his hometown in the Åland Islands. Klara doesn’t actually know Hjerson to ask him about doing the show, but she manages to track him down and conveniently heads to the archipelago on the same ferry as him — where a young journalist is murdered. This crime turns the reluctant Hjerson and the zealous Klara into a detective-y duo setting off to solve not just this but a string of murder mysteries.

Created by Patrik Gyllström, the series is directed by Lisa Farzaneh (Agent Hamilton) and Lisa James Larsson (A Royal Secret). It is produced by Midsommar producers Fredrik Heinig, Pelle Nilsson and Tintin Scheynius, as well as Robert Franke (Before We Die).