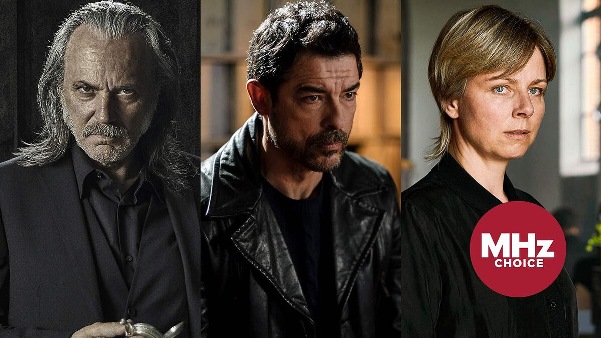 The full list of titles on the MHz Choice August 2021 schedule is as follows:

Deliver Us (Fred til lands) (Denmark)

Movie of the Week: Rose and the Captain (Rose et le soldat) (France)

Set in 1942 Martinique, this period drama centers on a young teacher who is torn between the resistance and her love of a French soldier. The TV movie stars Zita Hanrot (Chefs) and Fred Testot (La Mante).

This period drama tells the story of a forbidden romance between a young French girl and a dashing Senegalese rifleman in 1917 France. It stars Charlotte de Turckheim (Murder in Belle-Île), Hande Kodja (The Bureau), Michaël Cohen (The Passenger), and Souleymane Seye Ndiaye (ZeroZeroZero).

Based on a true story, this 1911-set historical drama follows a brave judge who leads a campaign against a notorious boarding school that preys upon and abuses its young charges. The TV movie stars Julie Ferrier (Perfect Crimes), Bruno Debrandt (Spiral), Théo Frilet (Murder in l’île de Ré), and Emilie de Preissac (Dolmen).

Another detective duo in the hugely-popular Tatort crime drama franchise are Berlin homicide cops Nina Rubin (Meret Becker, Babylon Berlin) and Robert Karow (Mark Waschke, Dark). Similar to other opposite-but-effective crime-fighting partners, Nina tends to explode in the face of individual injustice, while Robert is a cool, rational thinker with a healthy dose of mistrust for anyone and anything.

Movie of the Week: Seasons of Love (Climats) (France)

Set in 1934, this period drama sees Philippe (Yannick Renier, The Churchmen) fall in love with and marry beautiful stranger Odile (Raphaëlle Agogué, The Passenger) against the wishes of his parents, but theirs is not a happily-ever-after union.

Shadows of the Past (Les Ombres du passé) (France)

In this thriller from director Denis Malleval (Georges Simenon Mysteries), Vincent (Samuel Le Bihan, Braquo) witnesses a deadly accident, which awakens the memory a terrible event from his past. Costars in the TV movie include Frédéric Diefenthal (Murder in Auvergne) and Hélène Degy (Magellan).

Based on the 18th-century novel of the same name by Antoine François Prévost (which inspired the popular Puccini opera, amongst other adaptations), this period drama set in 1713 Amiens sees young nobleman Le Chevalier des Grieux (Samuel Theis, A French Village) abandon his privileged life after falling in love with and running away with Manon Lescaut (Céline Perreau), a candlemaker’s daughter.

In this gritty crime drama, the Guerrero family battles rivals, police, and each other to stay on top of Madrid’s criminal underworld. The series stars Daniel Grao (Cathedral of the Sea), Isak Férriz (Below Zero), Nene (The Legacy of the Bones), and José Coronado (Unauthorized Living).

Movie of the Week: Me Against the World (Envers et contre tous) (France)

This drama stars Cécile Bois (Candice Renoir) as Audrey, an unemployed single mother who battles big pharma with the help of Maître Tcheuffa (Loup-Denis Elion, Reunions), after her son suffers a debilitating reaction to a prescription medication.

All of the above titles will screen in the US and Canada on the MHz Choice website, via its Android, iOS and other apps, and on its digital channels, including MHz Choice on Amazon Channels.